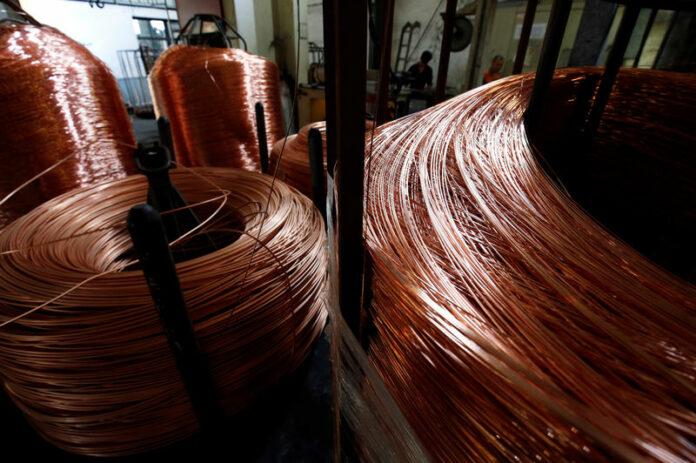 Investing.com – Copper and gold prices fell to the lowest levels in a year on Thursday amid a wider selloff in metals fueled by the stronger dollar and building trade tensions.

Prices of the industrial metal have fallen 11% so far this month, bringing losses for the year to date to around 18%, amid fears that an between Washington and Beijing could hit demand for metals, particularly if Chinese growth is affected.

China is the world’s biggest commodity consumer and accounts for roughly half the demand of many metals like copper.

Metals prices have also been hit by the , which makes commodities priced in the U.S. currency more expensive for overseas buyers.

The , which measures the greenback’s strength against a basket of six major currencies, was up 0.32% to 95.14 on Thursday, within close reach of the eleven-month highs reached in late June.

Demand for the dollar continued to be underpinned after Federal Reserve Chairman Jerome Powell gave an of the U.S. economy during congressional testimony on Tuesday and Wednesday, and downplayed the impact of uncertainty over U.S. trade policy on the outlook for additional rate hikes.

The remarks underpinned expectations for two additional rate hikes by the central bank this year.

Expectations for higher rates tend to be bearish for gold, which struggles to compete with yield-bearing assets when rates rise.

Gold prices have also failed to garner any support despite growing trade threats, suggesting the yellow metal is losing its safe haven status.