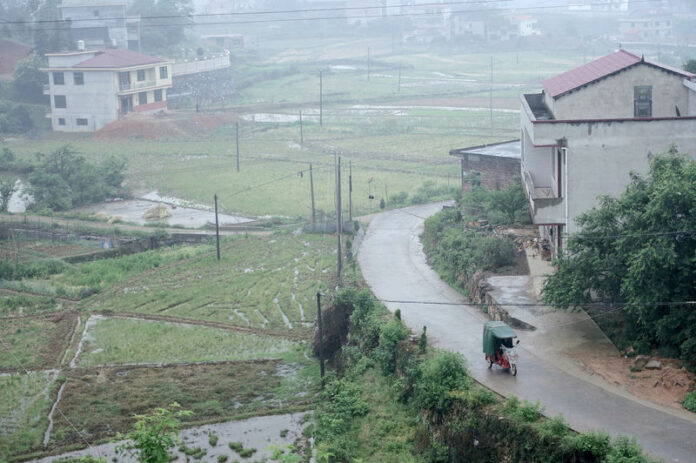 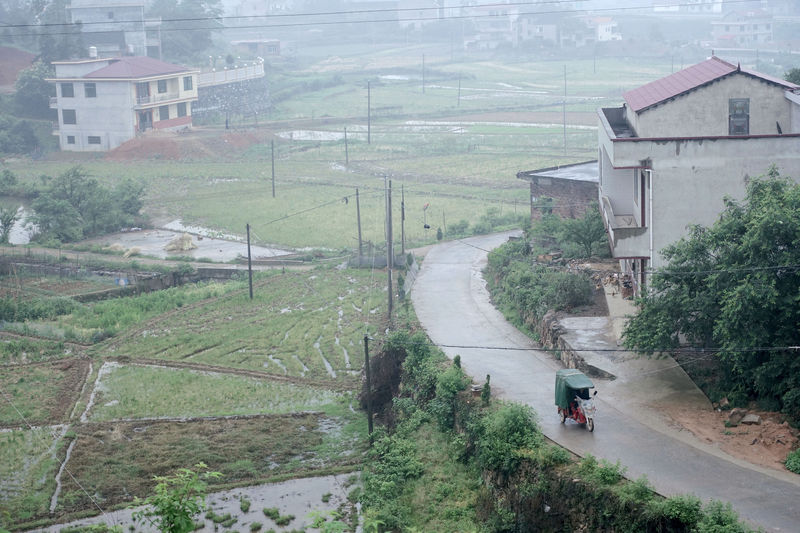 By Yawen Chen and Ryan Woo

SHUANGFENG COUNTY, China (Reuters) – Liu Deke, 73, puffed away on a roll-up as he threshed stalks of dried rapeseed on a large canvas sheet. Nearby, plumes of billowy smoke from burning stalks drifted across the rice fields.

It was a normal day’s work for Liu and his wife, farmers in Dongfeng village in China’s southern Hunan province. And like many others in rural China, their offspring have long ago moved to cities where wages far outstrip farming income.

China’s greying rural economies – many composed of small farm holdings and low-end industries – have seen slumping productivity with no alternative engine of economic growth in sight.

The brain drain is so advanced that President Xi Jinping is now calling for the return of talent to the countryside – once unthinkable for a nation that sees urbanization as a ticket to prosperity.

It reflects the ruling Communist Party’s desire to elevate the status of rural areas – places that 577 million still live or call home – to fend off risks of social unrest while boosting consumption, as well as controlling growth in big cities.

It’s part of an ambitious “rural rejuvenation” campaign christened by Xi last October, which will improve rural infrastructure and develop sectors such as modern farming and tourism, attracting investments worth “trillions of yuan”, said Ma Xiaohe, an advisor at the National Development and Reform Commission, China’s top economic planner, in an interview.

Since then, a number of local governments have pledged incentives to draw entrepreneurs, skilled workers, college graduates and “modern professional farmers” back to their rural roots.

The central province of Henan, for example, will offer 6 billion yuan ($890 million) this year to migrants returning to rural areas to launch start-ups. Henan aims to attract 200,000 such “rural entrepreneurs” in 2018.

In Hunan’s Shuangfeng county – a town surrounded by over 500 villages including Dongfeng – efforts to attract returnees were moving into high gear when Reuters recently visited.

“No need to go afar for work, the opportunities are right here at home,” reads one banner hanging between poles at the entrance of Gongxiang village.

Village chief Chen Deyuan said as much as 500 million yuan has been earmarked for the project in the next five years.

The slogan was created by Wang Xin, a representative of a local rural entrepreneur school, which sells training services to the government.

At her school, people are trained to become e-commerce gurus and tea experts, among other fields deemed important by the local government. Wang said the school hopes to attract people back home, expecting thousands to be trained every year.

But when the school helped organize a job fair earlier this year and advertised over 200 positions – mostly low-end manufacturing jobs – less than half of that number showed up to apply, she said.

“In three years, I can assure you 80 percent of those who have gone out will come back,” Chen said.

Yang Yiwen, mayor of Loudi city which oversees villages around Shuangfeng, said major projects, including creating “specialty towns” that promote sectors such as tourism, could help.

Sentiment on the ground is less welcoming.

“Most of the workers here at our factories are middle-aged or older,” said He Sha, a clerk at a plant owned by shoe-maker Stella International (HK:), where pay averages 2,700 yuan per month.

And the disconnect between millennials who live in cities and their families’ rural roots is acute.

For example, 27-year-old Li Jinglong grew up in a small town in Hunan.

Now, a U.S.-educated designer, he has no plans on returning. Li moved to Changsha a year ago to launch his own business, helping start-ups in branding and design.

“If I choose to go back to the countryside one day, that would probably just be out of nostalgia,” Li said.

The median annual disposable income of rural residents was 11,969 yuan in 2017, less than one third of the urban number, according to the Chinese Academy of Social Sciences (CASS).

Earnings of the poorest 20 percent of rural households fell 3.8 percent from 2015 to 2017, a separate survey from Southwestern University of Finance and Economics showed, while their worst-off counterparts in the city saw income growth of 12.6 percent in the same period.

To Liu, the rapeseed farmer, there is no future on the land.

“Even those young folks who studied agriculture shouldn’t come back,” he said, and their children should make money in the cities.

It remains unclear how many returnees have been lured back by the latest campaign. Only about 7 million returned to the countryside during 2012-2017, according to CASS.

To be sure, some villages bestowed with rich natural resources may have a better shot at retaining talent.

In Xiangxi Tujia and Miao Autonomous Prefecture, a mountainous area in Hunan known for tea plantations, 25-year-old Xiang Liping was called back by her father from Fujian province to manage the family’s organic tea business.

Business is brisk, but her plantation is understaffed, Xiang said, even after employing all the old people and children in her village.

“Look at how tall the branches have grown,” she said. “We don’t have enough people here to pick the leaves.”

With village populations continuing to gray, rural productivity will only keep falling.

A 2016 report by China’s State Information Centre showed people aged 60 and above made up 15.6 percent of the population in rural China, almost 5 percentage points higher than in the cities.

In Shuangfeng’s Furong village, 68-year-old Zhao Fengling was grateful her children moved her out of her crumbling farmhouse last year and into a new bungalow nearby, with money they earned in faraway cities.

But for Zhao, loneliness beckons with the recent passing of her husband.

“When he was alive, we could at least play cards,” she said, tears welling up her eyes. “My children are really good to me, but they are busy – making money.”