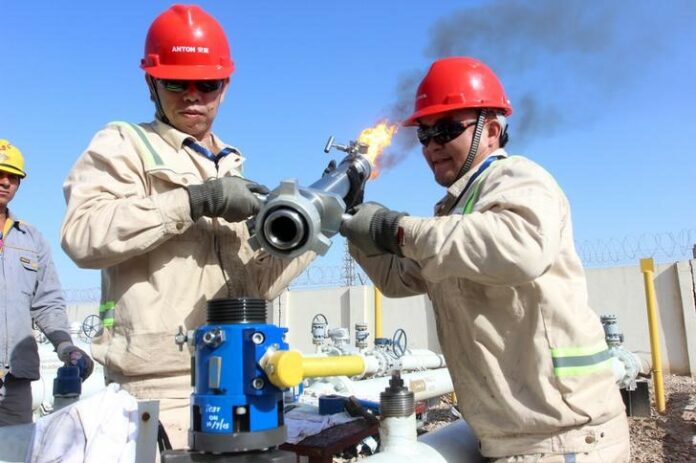 © Reuters. Crude Oil Prices fell for a second week in a row

Investing.com – WTI crude oil prices settled higher Friday, supported by a weaker dollar and signs of tightening in U.S. output. But they failed to avert and second-straight weekly loss.

On the New York Mercantile Exchange for September delivery rose $1.30 to settle at $70.46 a barrel, while on London’s Intercontinental Exchange, rose 0.56% to trade at $72.99 a barrel.

Oilfield services firm Baker Hughes reported on Friday that the number of U.S. oil drilling rigs in operation fell by 5 to 858. That was the first decline in nearly one month, pointing to signs of tightening U.S. output.

Signs of tightening U.S. output come at a time when investors continue to weigh up the prospect of a global shortage in supplies, despite Saudi Arabia’s pledge to hold off flooding the market with supplies.

Saudi Arabia’s OPEC Governor Adeeb Al-Aama said in a statement Thursday that the kingdom expects crude exports to fall by about 100,000 barrels per day in August as it limits excess production. He added that concerns the oil cartel and its allies could oversupply the market with more output are “without basis.”

The rise in U.S. oil prices, however, failed to offset a second consecutive weekly decline as they struggled to clawback losses from a 4% slump earlier in the week, when the U.S. .

The U.S. is hinting that it could allow some countries to continue exporting Iranian crude beyond the Nov.4 deadline, when U.S. sanctions on Tehran are set to come into effect.

Stocks across the world buoyant on upbeat earnings