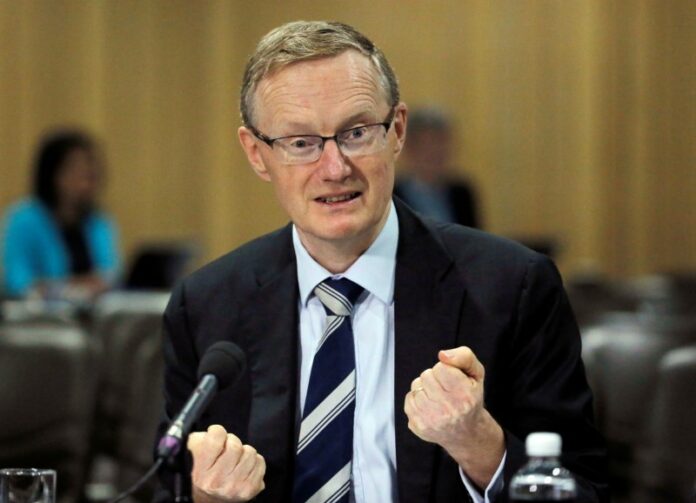 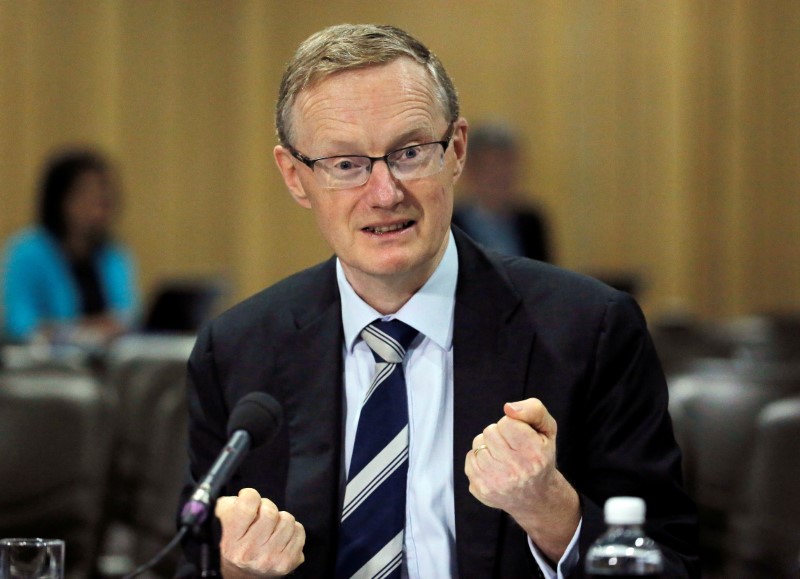 By Swati Pandey and Wayne Cole

SYDNEY (Reuters) – Australia’s top central banker made an explicit case on Friday for rates to remain at record lows for some time yet as inflation stays lukewarm while there is still some spare capacity in the labor market.

“The Board’s view is that it is likely that we will hold steady for a while yet,” Reserve Bank of Australia (RBA) Governor Philip Lowe said before a parliamentary economics committee in Canberra.

The RBA last cut rates to 1.50 percent in August 2016 and has since remained on the sidelines, making the current stretch of stable policy the longest in modern history.

“It is likely to be some time before we are at full employment and the inflation rate is comfortably within the target range on a sustained basis,” Lowe added.

The RBA has previously said an unemployment rate of around 5 percent is a sign of full employment in the Australian economy and the point at which wage pressures start to build. The unemployment rate is currently near a six-year low of 5.3 percent while inflation has remained below its 2-3 percent target for more than two years now.

“We are prepared to maintain the current monetary policy stance until these benchmarks are more clearly in sight,” he said.

Financial markets have got the message: interest rates futures 0#YIB:> do not fully price in a hike in the cash rate until 2020.

But Lowe insisted further “moderate” depreciation in the exchange rate would be helpful for Australia’s export-heavy economy.

Lowe used “gradual” or “gradually” six times in his opening remarks, indicating authorities are willing to stay patient on policy. He predicted wage growth and inflation will pick up “gradually” over the next couple of years as the labor market continues to tighten.

“With the central scenario being for the economy to continue on its recent track, it is more likely that the next move in interest rates will be an increase, not a decrease,” Lowe added.

The last time the RBA increased the cash rate it was in late 2010.

Australia’s A$1.8 trillion economy looks to have grown strongly in the first half of the year, Lowe said noting one offsetting factor was a severe drought that has wasted vast tracts of grazing and crop land in eastern parts of the country.

Australia recorded its fifth-driest July on record last month. It was the driest January-to-July period in the state of New South Wales since 1965 and marked seven consecutive months of below-average rainfall.

Lowe said the board had discussed the drought at its last meeting on Aug. 7 and even looked at rainfall maps.

He also highlighted the ongoing slowdown in Australia’s once-booming housing market, saying the pull-back in prices was a “welcome development.”

That has reduced mortgage demand. There has also been some tightening in the supply of credit as banks tighten lending standards in response to an ongoing high-level inquiry into financial sector misconduct, Lowe said.

He was scathing in his criticism of the country’s biggest banks after the so-called Royal Commission unearthed a series of malpractices and predatory behavior in the sector.

“Like most Australians, I’ve been following what’s been happening very carefully,” Lowe said.

“I have to say that I have been incredibly disappointed and in many, many cases appalled by what has come out from the Royal Commission.”