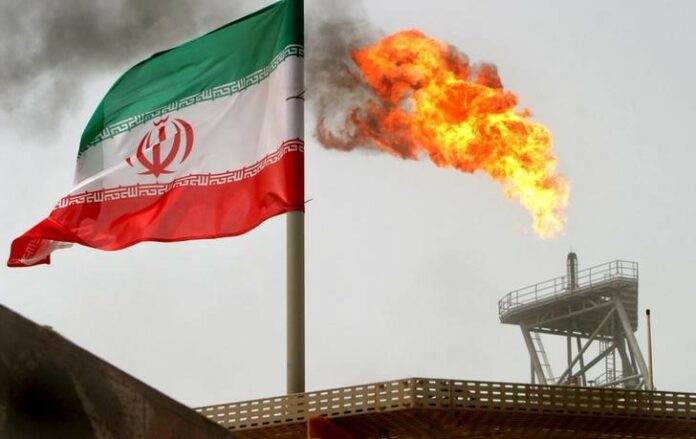 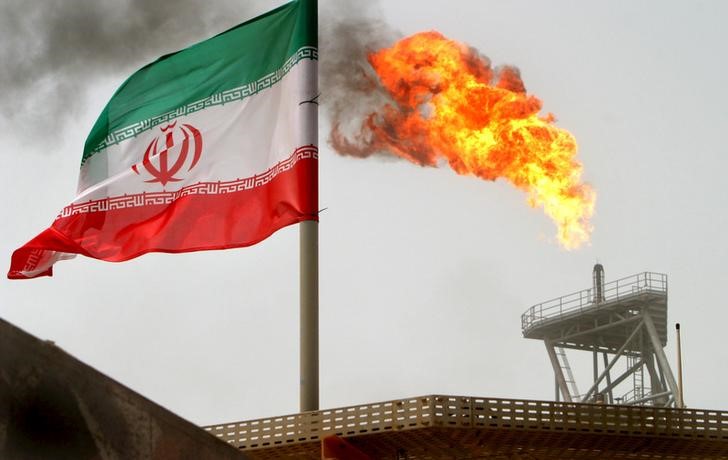 © Reuters. A gas flare on an oil production platform in the Soroush oil fields is seen alongside an Iranian flag in the Gulf

LONDON (Reuters) – Iran told OPEC on Sunday no member country should be allowed to take over another member’s share of oil exports, expressing Tehran’s concern about Saudi Arabia’s offer to pump more oil in the face of U.S. sanctions on Iranian oil sales.

In a meeting with OPEC Secretary-General Mohammad Barkindo, a senior Iranian diplomat urged him to keep the group out of politics.

“No country is allowed to take over the share of other members for production and exports of oil under any circumstance, and the OPEC Ministerial Conference has not issued any license for such actions,” Iran’s oil ministry news agency SHANA quoted Kazem Gharibabadi, the permanent envoy to Vienna-based international organizations, as saying.

In May, U.S. President Donald Trump pulled out of an international nuclear deal with Iran and announced sanctions against the OPEC member. Washington is pushing allies to cut imports of Iranian oil to zero and will impose a new round of sanctions on Iranian oil sales in November.

Iran is the third-largest oil producer in the Organization of the Petroleum Exporting Countries after Saudi Arabia and Iraq.

Trump has called on OPEC to pump more oil to bring down prices. Energy ministers of Saudi Arabia, a U.S. ally, and Russia said in May they were prepared to ease output cuts to calm consumer worries about supply.

“Iran believes that OPEC should strongly support its members at this stage and stop the plots of countries trying to politicize this organization,” Gharibabadi said.

Regional rivals Saudi Arabia and Iran are involved in proxy wars, including in Yemen and Syria.