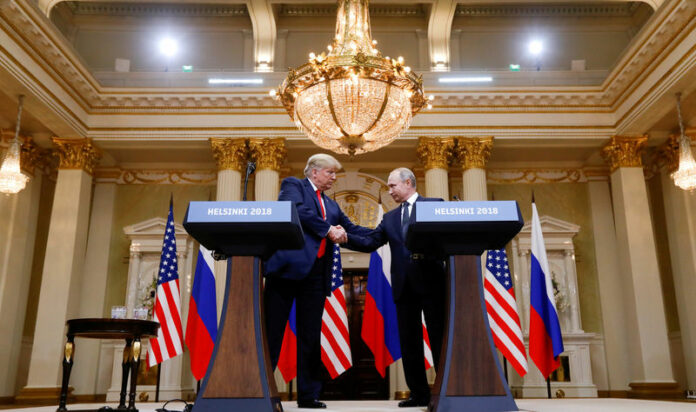 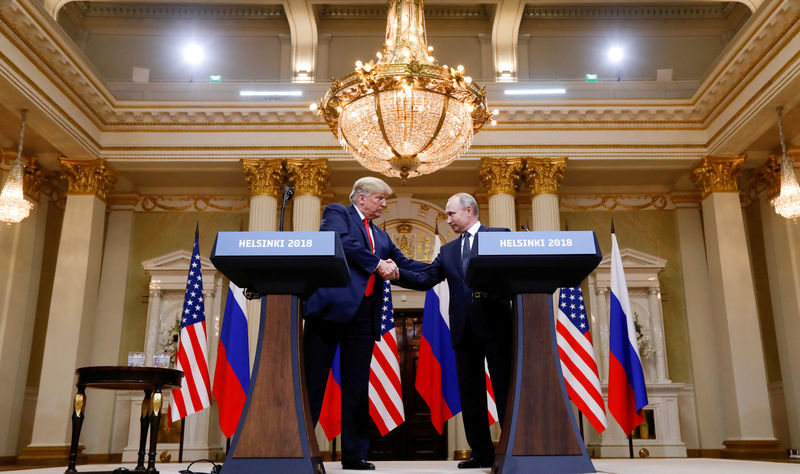 LONDON (Reuters) – Loading up on Russian sovereign bonds was a consensus trade for emerging market investors once Donald Trump won the White House, but the U.S. President’s failure to defuse the threat of ever-tighter sanctions has unnerved even the most bullish funds.

Earlier this month, Washington outlined another round of sanctions over Moscow’s alleged use of a nerve agent against a former Russian spy in Britain.

They kick in on Wednesday, and if Russia does not permit United Nations inspections within 90 days, a second set of “draconian” measures will follow, according to the U.S. State Department.

Although Trump campaigned on improving relations with Moscow, he has not provided the protection investors hoped for. Already undermined by a rising dollar, a plummeting Turkish lira and wobbling emerging markets, the rouble () has plunged to its lowest in nearly two years.

Some investors now fear a repeat of April’s jolt, when U.S. sanctions on Russian aluminum producer Rusal (HK:) triggered waves of selling across all Russian assets.

“People have been caught a little bit long in Russia because the fundamental story is very good – but people with any kind of memory of 2014 are hitting the sell button,” he said. Russia annexed Crimea in 2014, triggering sanctions from the United States, the European Union, Canada and Japan.

Attractive fundamentals such as falling inflation, central bank interest rate cuts and a recovery in the oil price had all encouraged asset managers to go overweight Russian local- currency debt.

“It is instructive to remember the political risk associated with OFZ investments,” said Abhishek Kumar at State Street Global Advisors, citing a fall of 65 percent from June-December 2014 during the Ukraine crisis.

Foreign investors held 27.5 percent of Russian treasury bonds at end-July, down from 28.2 percent a month earlier. Russian rating agency ACRA said overall demand would fall as much as 10 percent from early 2018 levels if new sanctions were imposed.

The top five foreign holders of OFZs, according to Bloomberg data cited by State Street, are BlackRock, GAM, Stone Harbor Investment Partners, Nikko Asset Management and Legg Mason. The biggest of those, BlackRock, has 1.53 percent of the total by U.S. dollar market value, with U.S. fund managers accounting for 9.6 percent.

Paul McNamara, investment director at GAM, said he was still long OFZs “with gritted teeth”. If sanctions are applied to new sovereign debt, he said, “It will make the market significantly less liquid, but the probability of something which causes massive forced selling is low.”

“Because the whole EM complex is so much weaker, liquidity is exceptionally bad, so offloading EM positions right now is painful,” said Al-Hussainy, suggesting some managers might wait until September: “If you sell now you crystallize your losses immediately.”

Viktor Szabo, senior investment manager, fixed income, at Aberdeen Standard Investments, said Aberdeen remained overweight Russian local debt and the currency: “Obviously that is hurting us, but this is still one of the best stories out there and it should outperform.”

Russian five-year credit default swaps are still trading at around 160 basis points, compared with over 600 bps in 2014, perhaps signaling some complacency. Al-Hussainy said there would “almost certainly” be more selling if the U.S. imposed more sanctions.

“My experience of emerging markets is that it can always get worse!” he said, pointing out that the Kremlin had drawn a red line over any measures targeting state-owned banks: “We are not priced for additional rounds of retaliation by both sides.”