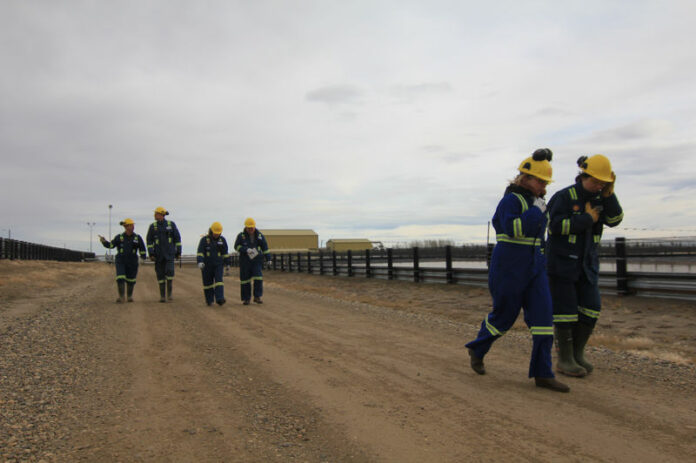 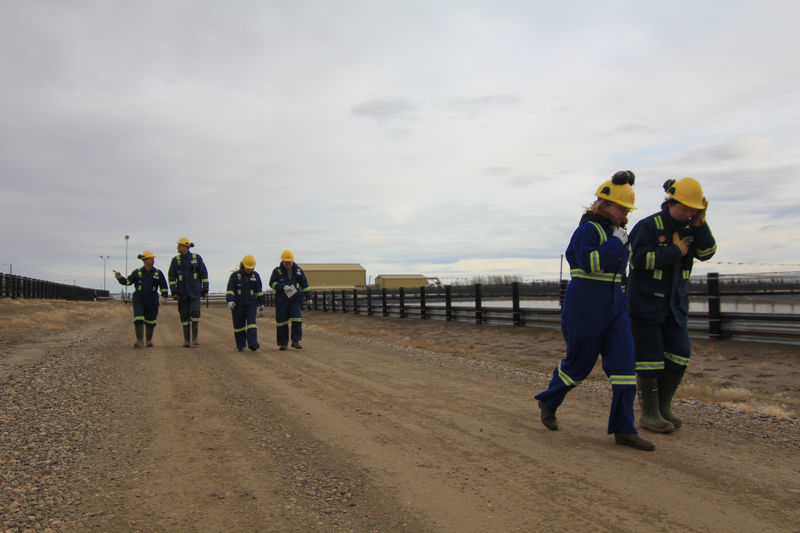 Shell has already slashed project emissions by moving its newest gas plant to hydro-electric power and replacing diesel with natural gas in drilling, and is now tackling methane with new electric components and a fuel cell trial.

There is a considerable body of research showing natural gas is far cleaner than coal, but only so long as methane emissions are contained. Methane is many times more potent than carbon dioxide, though the industry produces far less of it.

Groundbirch will eventually send gas hundreds of miles west to the Shell-led LNG Canada export terminal approved this month, where it will be cooled for exporting. LNG Canada is being touted as the world’s cleanest major LNG plant.

LNG demand is booming, as countries like China swap out coal plants for gas in the battle against choking pollution. But environmental groups say exports will boost carbon emissions in Canada, both through gas extraction and the liquefaction process. They warn that this could derail British Columbia’s pledge to cut greenhouse gases by 40 percent by 2030 and test Canada’s vow to cut emissions nationwide by 30 percent from 2005 levels by 2030.

“There’s no way to produce energy using gas without emissions,” said Jens Wieting, a campaigner with Sierra Club BC. “Considering methane leakage, it’s very difficult to make any statement that gas is any better than coal.”

Methane, the main component in natural gas, is released into the atmosphere mostly from the venting of unburned gas and through leaks in gas infrastructure like wells or pipelines.

Estimates of the carbon impact of LNG Canada from wellhead to port vary; the British Columbia government pegs it at 3.45 million tonnes (Mt) per year, while environmental groups say it could be as high as 12 Mt. The province expects to cut emissions to about 40 Mt by 2030 and 13 Mt by 2050 from 61.6 Mt in 2015.

Shell last month announced a plan to limit methane emissions at its assets around the world and is implementing a global methane monitoring program. Last year it set a goal of halving its global carbon emissions by 2050.

In Canada, Groundbirch’s methane intensity, a measure of methane emitted compared to total volume of product produced, is 0.1 percent, already half the new 0.2 percent by 2025 target set by the Anglo-Dutch company.

At one of Groundbirch’s newest well pads, two hulking trailers hold thermal electric generators that power the batteries that run the pad’s equipment.

“They are efficient, but they do produce combustion emissions. So what we’re looking at is finding new technology to replace that,” said Chang Liu, a facilities engineer-in-training at Groundbirch.

Such actions are a “fantastic” first step, said Duncan Kenyon of the Pembina Institute, an energy policy think-tank, but he said not all Canadian producers are following through on pledges to reduce emissions.

“What we need is regulations that lock some of these volunteer commitments in place,” he said.