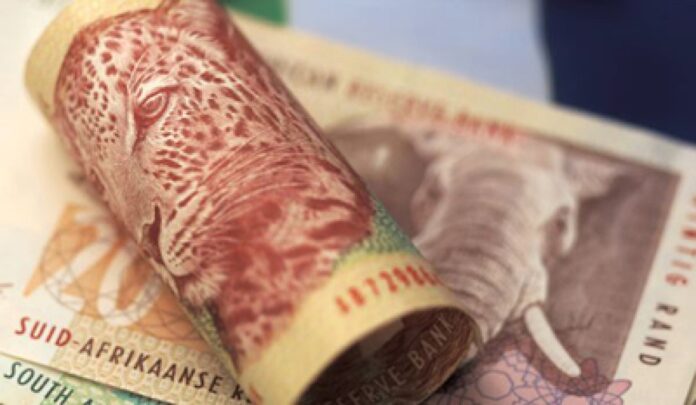 JOHANNESBURG: South Africa’s rand firmed on Wednesday as a jump in domestic retail sales and a global return of risk sentiment helped the currency claw back earlier losses.

Stocks were down with Healthcare group Mediclinic  hitting a session-low of 19 percent on an expected downturn in its first-half earnings.

South Africa’s retail sales rose 2.5 percent year-on-year in August as household goods, clothing and cosmetics grew, with recovering consumer spending a possible sign the economy is climbing out of a recession that has piled pressure on President Cyril Ramaphosa.

“Today’s stronger-than-expected figures are encouraging and will boost third quarter growth given that consumer spending accounts for about 60 percent of GDP,” Nedbank said in a note.

The rand has been on the back foot following second-quarter gross domestic product data on Sept. 4 which showed the economy had entered a recession.

Government bonds were flat, with the yield on the benchmark paper due in 2026 at 9.120 percent.

Healthcare group Mediclinic  closed 16.9 percent down to 73.96 rand after it flagged an 8 percent drop in core profit for the first six months of the year. Its shares had tumbled 19 percent earlier in the session.

On the flipside, South African building materials retailer Cashbuild rose 0.17 percent to 258.89 after it reported revenue was up 3 percent in the first quarter compared with the year-ago period.