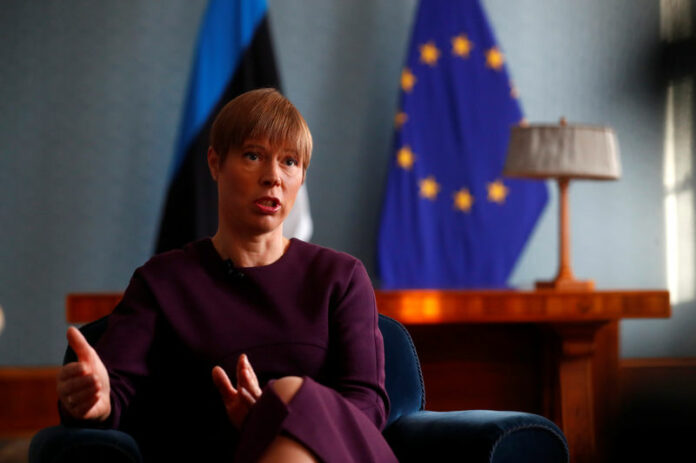 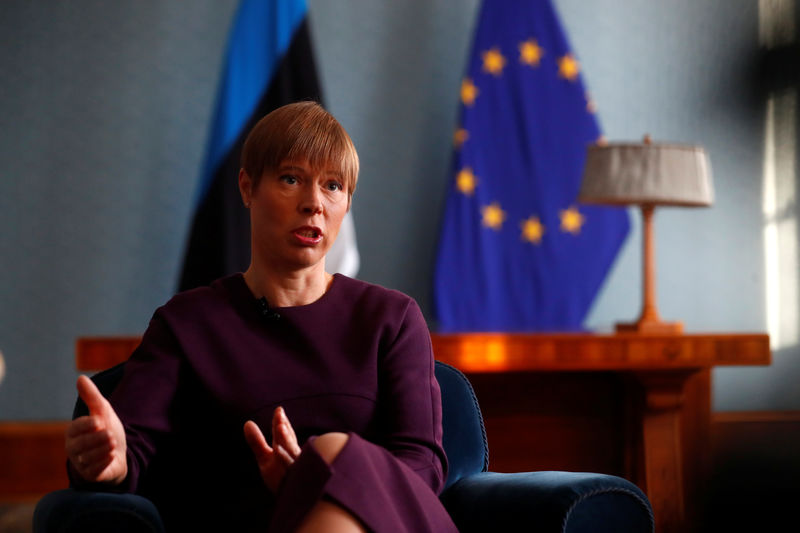 By John O’Donnell and Tarmo Virki

TALLINN (Reuters) – Estonia’s push to become a digital society has left it vulnerable to dirty money and sanction breaches, the country’s top banking regulator has warned.

The Baltic state took center stage in one of the largest-ever money laundering scandals last year – the Estonian branch of Danske Bank helped funnel money from Russia and other ex-Soviet states, a report by the Danish lender showed.

Danske Bank is now being investigated in Denmark, Estonia, Britain and the United States over the 200 billion euros ($227 billion) of suspicious payments.

The Danske debacle was rooted in old school subterfuge – offshore shell companies were used to disguise where the money was coming from.

But Estonia’s population of e-residents, some of whom bank in the country even though they live abroad, potentially offers a high-tech route for suspect funds.

“The lesson of Danske is, I hope, enough for us,” Kilvar Kessler, the head of Estonia’s financial watchdog, the Finantsinspektsioon, told Reuters. “You onboarded customers which were offshore companies.”

“Now e-residents. Exactly the same questions will be asked. Who are they? Why do they need a bank account in Estonia?”

A former Soviet-occupied state on the edge of Europe, Estonia has remodeled itself as a hub for digital innovation through ‘e-Estonia’, a government-sponsored project to move almost all bureaucratic tasks, from voting to medical prescriptions, online.

A key part of e-Estonia is e-residents, foreigners who have been given a digital identity card allowing them to access some online services such as government portals. It can also be a stepping stone to banking in Estonia, a member of both the European Union and the euro zone currency bloc.

Anyone can apply, including citizens of countries subject to U.S. sanctions such as Iran and North Korea.

Banks including Estonia’s largest locally-owned lender LHV, as well as Sweden’s SEB Bank and Swedbank, allow e-residents to open accounts after they prove their identity and business links to Estonia.

Kessler, who has the power to withdraw a lender’s license to operate, has been cautioning bankers for some time that they need to thoroughly vet e-residents before signing them on.

He has stepped up his warnings since the Danske scandal.

Some 50,000-plus people hold the digital identity card but there is no public data on how many also bank in Estonia.

Erki Kilu, the chief executive of LHV bank, said that while only a small number of e-residents opened a personal bank account in Estonia, the 6,000 companies registered in the country by e-residents required an account. One quarter of those bank with LHV, he told Reuters.

Kilu said e-residents were subject to the same checks as other customers who lived abroad.

In an email to Reuters, he said there were also “later screening and monitoring processes”, declining to give further details. The bank does not open accounts for people or companies subject to sanctions.

Ainar Leppanen, responsible for SEB’s retail banking in Estonia, said it took a cautious approach to foreign customers without “a clear link to the country”, applying additional measures such as “background checks”.

He said customers were checked against international sanctions lists and described the number of e-resident customers of SEB as “insignificant”.

A spokeswoman for Swedbank said it performed “due diligence … to ensure that their businesses have a clear connection to Estonia” before taking on e-resident customers.

Some banks, however, generally steer clear.

“We don’t see a business case here right now,” said Erkki Raasuke, chief executive of Luminor, one of the largest banks in the Baltics.

“The potential downside, if some of the anti-money laundering or sanctions-related risks would materialize, can be significant.”

Closer scrutiny of e-residents is part of a wider effort to curb financial crime by authorities in Estonia since the Danske scandal.

In addition to the e-residency program, the country’s digital pedigree — video calling company Skype was built there – and pro-business culture have made it an attractive outpost for companies working with cryptocurrencies.

It typically takes just hours and an online form to open a business in Estonia and some 600 digital currency companies are registered there.

“There is a money laundering risk with cryptocurrency operators. We have made it too easy for these crypto operators now. They get a reputational benefit from their link to Estonia. We get the reputational risk,” Madis Muller, Estonia’s deputy central bank governor, told Reuters.

Lawmakers are considering giving police the power to scrutinize cryptocurrency companies and withdraw their licenses if executives fail a “fit and proper” test of their reputation and ability to do the job.

Under proposals before parliament, cryptocurrency companies will also be required to have a business presence in Estonia, something that many lack.

“I understand that most would not be able to comply – and would not qualify to keep their license,” said Muller.

National elections in early March, however, could delay such reforms, as lawmakers would have to restart negotiations if they do not sign off the rules by February 21, when they disband.

Estonia’s vision of an advanced digital society open to all is a point of pride for its 1.3 million people, many of whom remember the constraints of life under Soviet rule.

Azerbaijan, which also declared its independence from the Soviet Union in 1991, became the second country to launch an e-residency program last year.

As part of its digital branding, Estonia has gifted symbolic e-residencies to Microsoft (NASDAQ:) founder Bill Gates, German chancellor Angela Merkel and Pope Francis, among others.

“Digital is not 100 percent secure but it is more secure than analogue,” Estonia’s president Kersti Kaljulaid told Reuters at the presidential castle, built by Russian Czar Peter I for his wife in the early 18th century. “An e-resident bank client has passed a background check.”

The Estonian police vet all applicants for e-residency, checking identity documents such as passports and examining international police records to ensure the applicant has not committed crimes overseas.

The process typically takes between four and six weeks and does not require applicants to visit. Once issued, the cards can be collected at Estonian embassies.

Roughly one third of e-residents come from Finland, Russia, Ukraine and Germany, according to official data that lists one e-resident in North Korea and roughly 400 in Iran. They are not named. Others come from dozens of countries around the globe from Britain to Panama.

Madis Reimand, the head of Estonia’s Financial Intelligence Unit (FIU), the arm of the police that monitors money laundering and crypto operators, said e-residents did not pose “big risks” although he said care should be taken in vetting them.

But Reimand was critical of cryptocurrencies. “We see really big threats from virtual currencies, especially threats of fraud and money laundering.”

It is a far cry from 2017, when at the height of the cryptocurrency boom, the then manager of the e-residency scheme suggested Estonia to set up its own digital means of exchange, the ‘estcoin’.

In the last weeks of 2018, the number of applications for e-residency slipped, according to official data.

Although the scheme is growing year-on-year, at its current pace, it would take until 2488 to reach its original goal of 10 million people, something Estonia had set its sights on when the scheme was launched roughly four years ago.