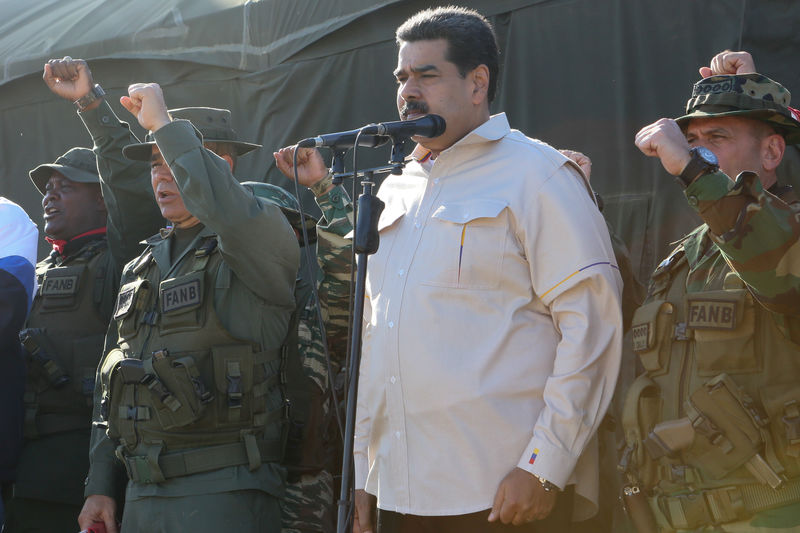 MOSCOW/LONDON (Reuters) – Venezuela’s Nicolas Maduro has sought OPEC support against U.S. sanctions imposed on his country’s oil industry, citing their impact on oil prices and potential risks for other members of the producer group.

But a source familiar with the matter said the Organization of the Petroleum Exporting Countries, of which Venezuela is a founding member, had declined to make any formal statement. OPEC says it is concerned with oil policy, not politics.

More than 40 nations including the United States, European powers and most of Latin America have recognized Maduro’s rival, Juan Guaido, as the country’s rightful head of state, following disputed elections last year.

The request was made in a letter sent to OPEC Secretary-General Mohammad Barkindo dated Jan. 29 and seen by Reuters.

“Our country hopes to receive the solidarity and full support of the member countries of OPEC and its ministerial Conference, in the fight we are currently having against the illegal and arbitrary intrusion of the United States in the internal affairs of Venezuela,” Maduro wrote.

I seek “your firm support and collaboration to jointly denounce and face this shameless dispossession of … important assets of one of the members of OPEC”, the letter said.

He wrote that OPEC should help to determine potential solutions based on “the impact that this action has on the global energy market, and the risk it represents for the other countries … of this organization”.

OPEC tends to avoid political disputes involving individual members. Last year, it declined a request from Iran for a discussion of U.S. sanctions against Tehran at a policy-setting meeting.

Venezuela was once a top-three OPEC oil producer but production has been in decline for years following the collapse of the country’s economy.

Together with Libya and Iran, it is exempt from the latest OPEC-led supply cut.