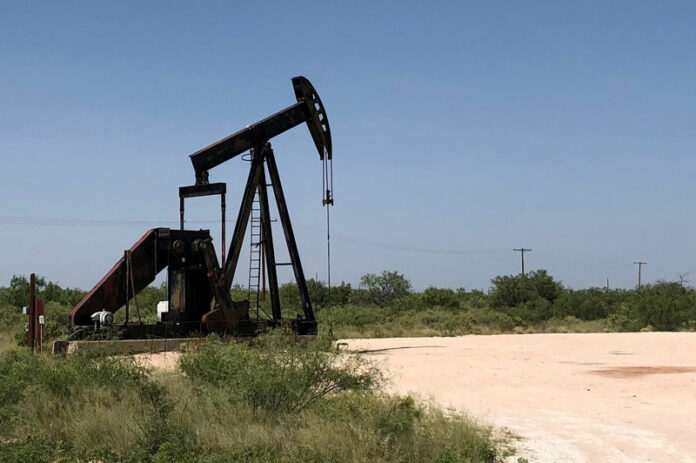 With Iran squeezed out, U.S. oil takes on new rivals in Europe 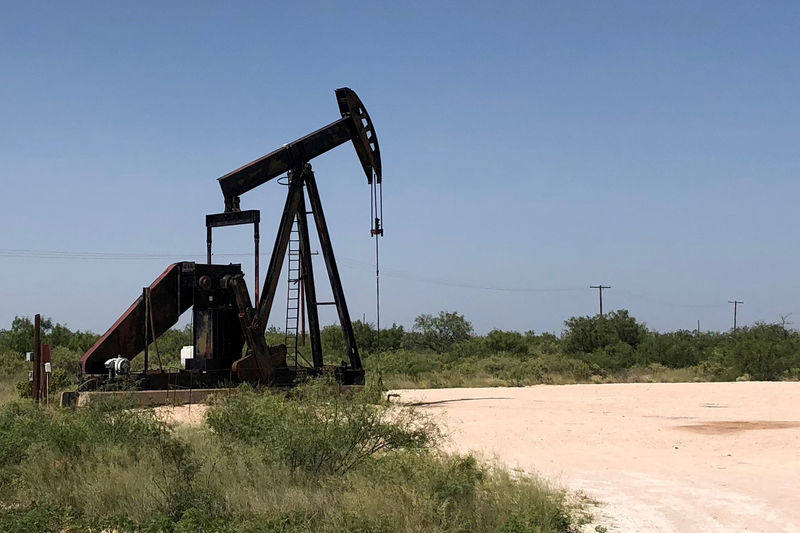 © Reuters. FILE PHOTO: A pumpjack is shown outside Midland-Odessa area in the Permian basin in Texas

As the oil industry gathers in London this month for the annual IP Week, U.S. crude producers may have every reason to toast the success of their campaign in Europe, as well as Asia.

Only a few years ago, before the hydro-fracking and shale revolution overturned the economics of U.S. oil production, the United States was the world’s largest oil importer by far and prohibited exports of oil by law.

Now shipments of U.S. crude into Europe have just hit a new record. January imports were 630,000 barrels per day, still – behind Russia and Iraq but above other OPEC producers including Nigeria and Libya.

Higher U.S. crude exports have been helped by lower supplies of Iranian and Venezuelan crude, which Washington has put under sanctions, scaring buyers across the world.

In the whole of 2018, U.S. supplies to Europe doubled to 430,000 bpd, according to Refinitiv Eikon flows data. That represented 6 percent of overall imports or equal to the levels of Iranian oil imports to Europe before the United States imposed fresh sanctions on Tehran.

“U.S. crude is a real headache. It puts a lot of pressure on regional light grades. In fact, prices for all grades are affected because it is such a significant extra supply,” said a trader with a European trader selling Russian oil.

Pressure will likely only increase as for 2019 U.S. crude oil production is expected to average 12.06 million bpd, up 1.18 million bpd from last year, according to U.S. government.

Future predictions say the United States could produce as much as 15 million bpd of crude and up to 20 million bpd of total oil liquids, giving it complete self-sufficiency as it would fully cover its consumption of 18-19 million bpd.

Booming U.S. production has prompted OPEC and major non-OPEC producers like Russia to slash output by 3-4 percent since 2017 to prop up prices. The pact has helped double prices to $60 per barrel but at the expense of a market share loss to U.S. firms.

“Welcome to the free market,” said a U.S.-based executive of an international trading firm. “Local producers either need to drop their pricing to compete or find other markets”.

Competition is particularly acute in northwest Europe, where Britain and the Netherlands imported 6.5 and 5.1 million tonnes of U.S. crude in 2018 respectively.

“WTI is the new dated ,” said a senior crude trader referring to the U.S and European benchmarks.

BP takes U.S. oil to its Gelsenkirchen refinery in Germany while Poland’s PKN Orlen said in January it would cut Russia’s Urals purchases from Kremlin oil major Rosneft by 30 percent and partially replace it with U.S. barrels. In Britain, the main U.S. oil buyers are Essar Oil and Exxon Mobil, traders said.

Greece’s Hellenic Petroleum added WTI to its list of preferred crude options alongside Urals and CPC as did Turkey’s Tupras. In Italy, U.S. oil flows to Kuwait Petroleum’s Milazzo refinery and the Swiss Varo Energy’s plant.

WTI was by far the most popular U.S. grade among European buyers in 2018, followed by Midland Eagle Ford, Bakken and Mars.

As the world moves to tighter marine fuel regulations, which will increase demand for light barrels, demand for U.S. oil – which is predominantly light – will only rise.

“I expect U.S. crude to become even more popular in Europe. It seems that whatever is happening to oil markets these days, the U.S. benefits,” said a trader with large European major.