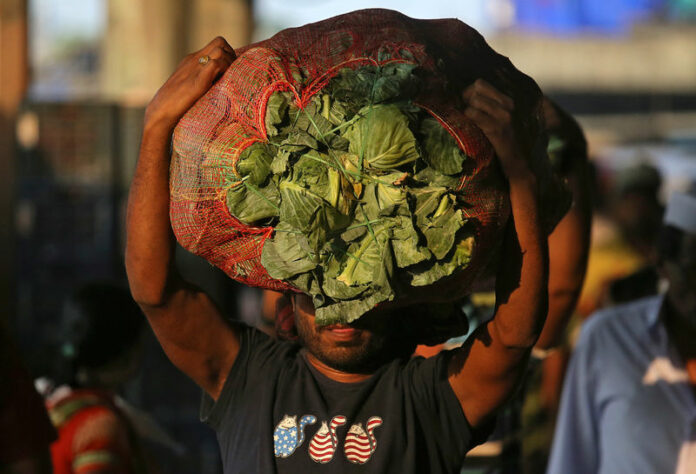 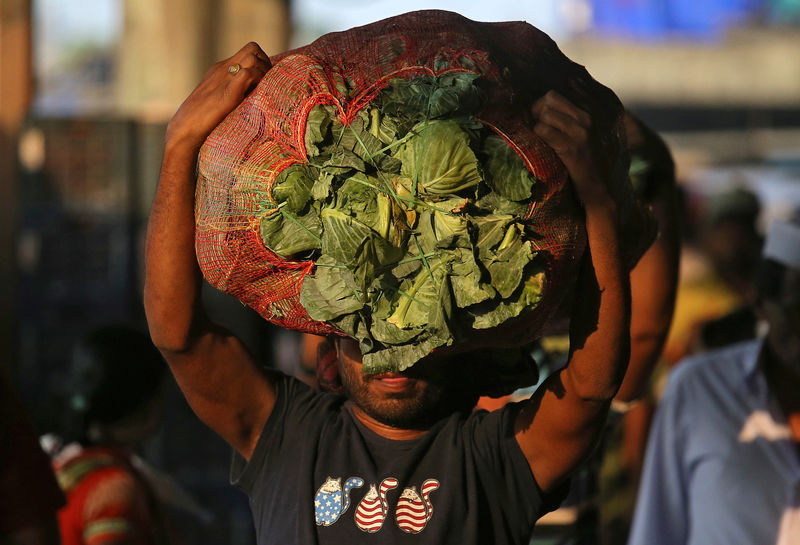 © Reuters. A man carries a sack filled with cabbage at a wholesale market in Mumbai

NEW DELHI (Reuters) – India’s consumer prices rose at a milder pace than anticipated in January and remained below the central bank’s target for a sixth straight month, strengthening views it could again cut the key interest rate at its next policy review in April.

Economists in a Reuters poll predicted retail inflation would edge up to 2.48 percent in January from the downward revised December figure of 2.11 percent.

The decline was due to a fall in food prices and smaller increases in fuel costs.

Analysts polled by Reuters had forecast January’s annual increase in the consumer price index at 2.48 percent.

In a surprise move on Feb. 7, the Reserve Bank of India’s Monetary Policy Committee (MPC) cut the benchmark repo rate 25 basis points to 6.25 percent, in its first cut in 18 months, and hinted of more room to cut rates.

The MPC, which mainly monitors retail inflation data, also revised down its inflation projections for the period from April to September to 3.2 percent to 3.4 percent, from 3.8 percent to 4.2 percent.

The retail inflation number was much lower than the market expectations, said Tushar Arora, a senior economist at HDFC Bank.

“This reinforces expectations of a rate cut in April,” he added.

India’s economy is slowing, hit by reduced growth in consumer spending and in the farm sector.

Prime Minister Narendra Modi, who faces tough general elections by May, has announced an annual transfer of 750 billion rupees ($11 billion) to millions of farmers, and tax benefits for the middle class, which many economists say could spur both consumer spending and inflation.

RBI Governor Shaktikanta Das has downplayed the risk India could soon see higher inflation because of bigger budget spending, and has said the MPC would only look at the headline inflation number and ignore core inflation, which has stayed stubbornly high.

Core consumer inflation, which strips out food and fuel prices, was estimated at about 5.4 percent in January, slightly softer than a downward revised December figure of 5.6 percent, according to an estimate made by two analysts from inflation figures released on Tuesday.

A Reuters poll after the MPC’s Feb. 7 rate cut showed a slim majority of economists see another rate cut before the election.

This year, other major central banks have also changed to a dovish stance in the face of rising worries about global growth and the impact of the U.S.-China trade war.