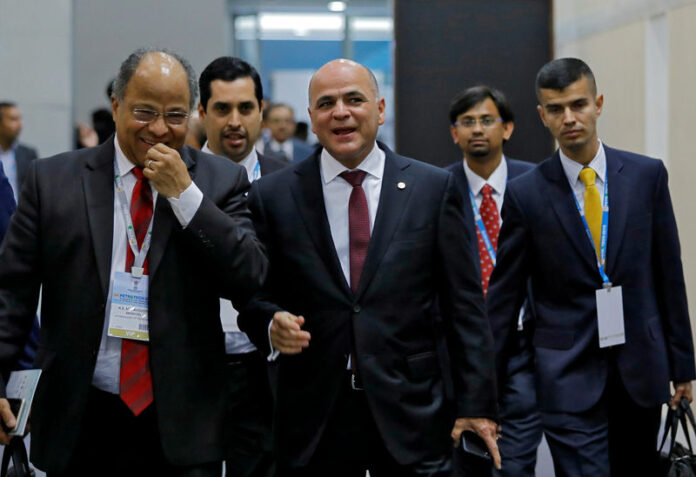 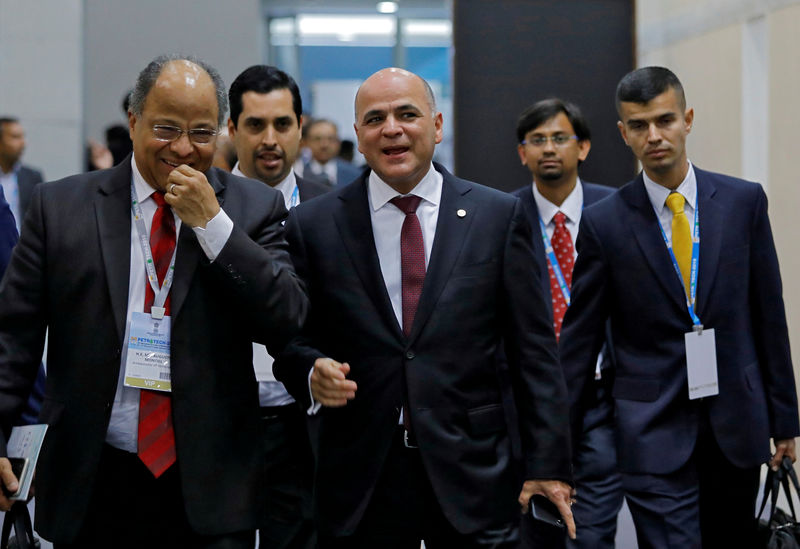 HOUSTON/MEXICO CITY/MOSCOW(Reuters) – Venezuela’s oil exports have tapered off and shifted toward Asia since new U.S. sanctions began Jan. 28 as state-run oil company PDVSA seeks to replace deliveries to the United States and Europe that were disrupted by payment restrictions.

The South American nation is turning its focus to cash-paying buyers in Asia and to double its sales primarily in India, its second largest customer after the United States, amid U.S. sanctions designed to undercut financial support for Venezuelan President Nicolas Maduro. Sanctions are designed to bar Maduro’s access to oil revenue that has helped his government remain in power.

In the two weeks since the sanctions were announced, PDVSA has been able to load and export 1.15 million barrels per day (bpd) of crude and refined products, according to Refinitiv Eikon data. Venezuela was exporting about 1.4 million bpd in the months before sanctions, according to the Eikon data.

Two supertankers, Baghdad and Folegandros I, launched late on Monday from Venezuela’s Jose terminal carrying cargoes to Indian ports, becoming the latest Asia-bound vessels to steam past a flotilla of tankers whose deliveries were disrupted by the sanctions and have remained anchored in the Gulf of Mexico and off Venezuelan ports.

At least 19 Asia-bound large tankers carrying more than 24 million barrels of Venezuelan crude and fuel were en route on Monday to India, China, Singapore, Malaysia and Japan. Nine of the vessels exported oil after the sanctions were issued.

“They are looking for another outlet,” one U.S. shipbroker said of the focus on Asia.

Before the sanctions, PDVSA shipped over 500,000 bpd to the United States, its largest cash market, followed by India then China, at above and below 300,000 bpd respectively.

Venezuela has sent its oil minister, Manuel Quevedo, to India to convince refiners, including Reliance Industries Ltd and Nayara Energy Ltd , to double their oil purchases.

“We are selling more than 300,000” bpd to Indian buyers, Quevedo said on Monday in New Delhi. “We want to double that amount.”

Reliance is among PDVSA’s main cash-paying customers, while Nayara receives Venezuelan oil from one of its largest stakeholders, Russian oil-giant Rosneft . The latter supplies PDVSA oil to Vadinar, India’s second largest refinery, under a Rosneft payment for loan program that dates to 2014.

Rosneft should be able to continue to receive PDVSA cargoes under its oil-for-loans, according to a reading of U.S. sanctions by lawyers and traders. Nayara receives around half of Venezuelan crude supplied to Rosneft, with the remainder shipped to Europe, including Rosneft operations in Germany.

According to a trading source close both to Rosneft and PDVSA crude operations, the last cargo containing fuel oil for the Russian company left Venezuela for Asia on Jan. 30-31, containing around 1 million barrels.

“PDVSA supplies to Rosneft or its subsidiaries in India under deals clinched before the sanctions are not falling under the sanctions,” said Natalia Abtseshko, head of international projects group at Moscow law firm Vegas Lex.

Indian refineries could absorb a large portion of those barrels, but it is still unclear how cash sales would be effected without using the U.S. or European bank systems after April 28, the deadline set by the U.S. Treasury.

Venezuela also is open to barter arrangements with India using oil as payment, its oil minister said, though Quevedo did not explain how such a system would work.

Quevedo’s willingness to barter goods for oil suggests the turn may not soon resolve the country’s need for cash-paying customers to replace U.S. buyers.

About 9 million barrels were stuck last week in tankers waiting for payment or discharge instructions, according to Eikon data. Most are anchored in the U.S. Gulf Coast as Venezuelan opposition leader and self-proclaimed president Juan Guaido moves to set up escrow accounts to receive proceeds.