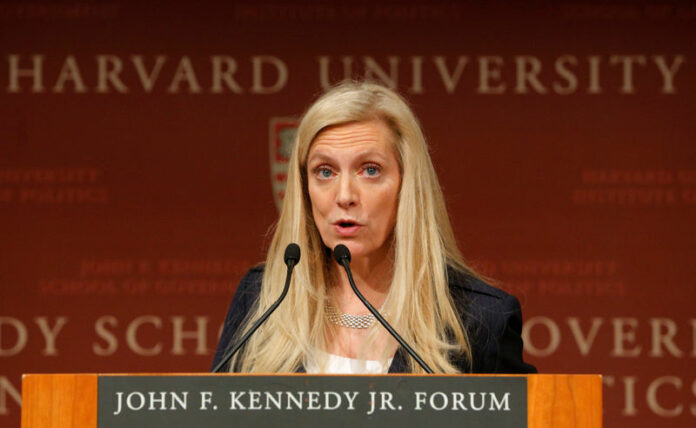 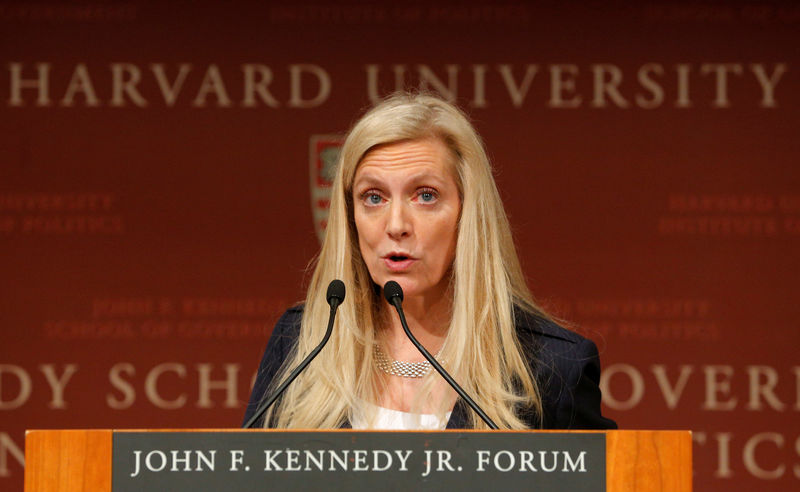 © Reuters. Brainard speaks at the John F. Kennedy School of Government at Harvard University in Cambridge

By Ann Saphir and Jonathan Spicer

(Reuters) – The U.S. Federal Reserve should stop paring its balance sheet by the end of this year, Governor Lael Brainard said on Thursday, suggesting the Fed could wind up with a permanently bigger balance sheet than had been expected even a few months ago.

The Fed’s “balance sheet normalization process has really done the work it was intended to do,” Brainard said in an interview on CNBC, adding that she would not want this policy tool, which is tightening financial conditions, to run counter to interest-rate policy. At its January meeting, the Fed put further rate hikes on hold.

Reductions in the now $4 trillion balance sheet, which have been running at less than the Fed’s $50 billion monthly cap, “should come to an end later this year,” Brainard said.

The Fed built its massive balance sheet over years of bond purchases aimed at lowering longer-term borrowing costs to stimulate the economy when near-zero rates were not delivering enough of a boost. It began trimming its portfolio from a peak of nearly $4.5 trillion in October 2017, aiming to reduce it to a more normal size in a process it then expected would take years.

But even as the economy strengthened and the Fed continued to deliver gradual interest-rate hikes, the balance sheet runoff came under increasing fire. Research published this month by the Kansas City Fed suggested the shrinking balance sheet has itself been putting significant upward pressure on borrowing costs, which could convince the central bank to halt the process sooner than expected.

Days before the Fed most recently raised interest rates in December, U.S. President Donald Trump on Twitter said doing so would be mistake and also urged the Fed to stop shedding the Treasury and mortgage-backed bonds.

Stocks fell after the rate hike and Fed Chair Jerome Powell’s comment that the balance sheet runoff would continue on “automatic pilot.” Within days, Fed officials began to signal a change of heart, and at the Fed’s January meeting said they not only would be “patient” on rate policy but were also open to adjusting the runoff based on the economic outlook.

Brainard, in comments that closely echoed those of Powell recently, said the economic outlook was “solid” but that downside risks were increasing. Risks, she said, include a slowdown in Chinese and European growth and uncertainty over trade and other policy.

“We are in a good place today,” she said. “I’m comfortable waiting and learning… in terms of ‘let’s be on hold for now while we learn about what’s going on in the economy,’ I think that’s the right place to be.”