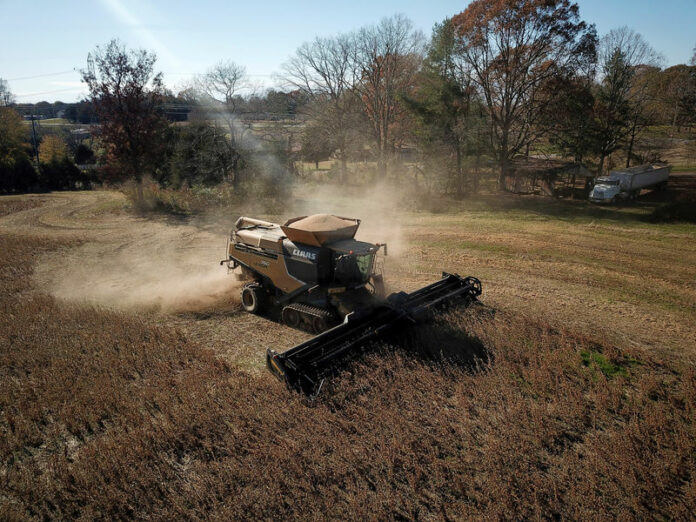 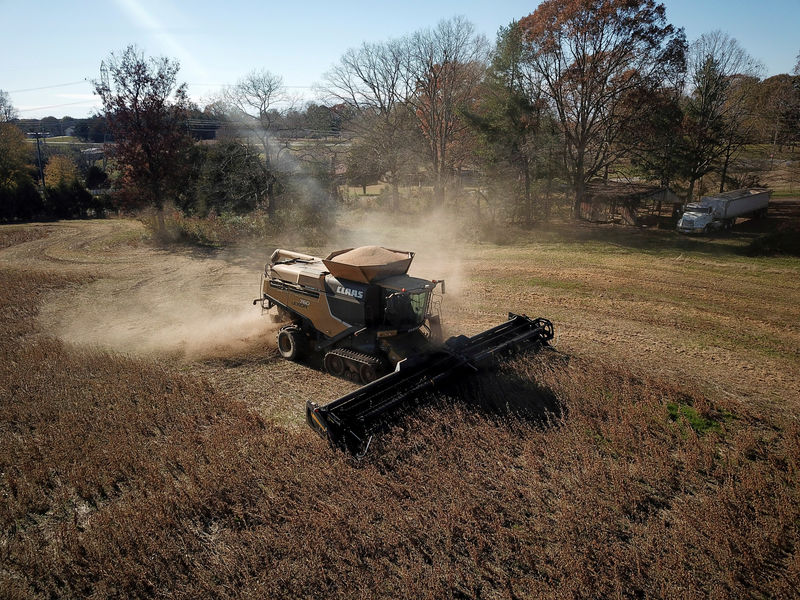 © Reuters. FILE PHOTO: Farmer Lucas Richard of LFR Grain harvests a crop of soybeans at a farm in Hickory

BEIJING (Reuters) – China’s imports of U.S. soybeans nearly doubled in January from the previous month as cargoes booked after a Sino-U.S. trade truce arrived in the world’s top oilseed importer, according to Chinese customs data published late on Monday.

China brought in 135,814 tonnes of U.S. soybeans in January, up 95 percent from 69,298 tonnes in December. But the figure was still down 99.7 percent from 5.82 million tonnes a year earlier as Beijing’s hefty tariffs on American shipments curbed purchases.

China typically buys from the United States in the last quarter and first couple of months of the year, when the U.S. harvest dominates the market. But Chinese buyers have steered clear of U.S. produce amid the tit-for-tat trade dispute and scooped up Brazilian beans instead.

Chinese imports of the oilseed from America, its second largest supplier, fell sharply last year and ground to a virtual halt in November. Limited buying resumed after the two countries agreed to a truce on Dec. 1.

Stockpiling means Chinese crushers have sufficient stocks on hand at present, a situation set to continue in coming months, analysts said, as the new Brazilian crop reaches the market.

China crushes soybeans to produce soymeal which is fed to its massive livestock herds but an ongoing African swine fever epidemic in China has also dampened demand for feed.

Top negotiators from Beijing and Washington last week discussed a set of agreements aimed at ending the trade war, including a 10-item list to alleviate trade imbalances, with additional Chinese purchases of U.S. agricultural products.

President Donald Trump said on Sunday he would delay an increase in U.S. tariffs on Chinese goods scheduled for later this week thanks to progress in trade talks.