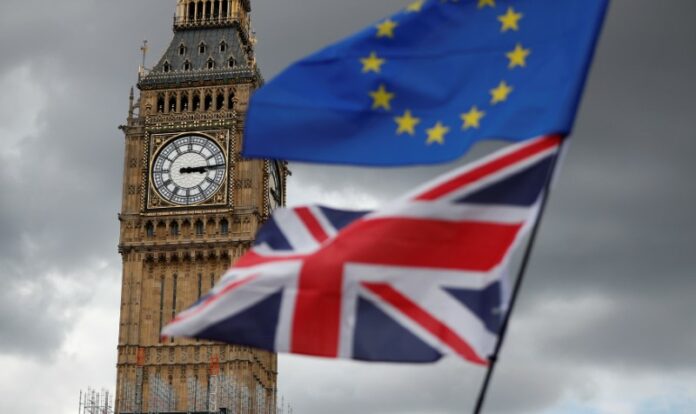 May, Juncker Agree Brexit Work Must Be Done by March 21, EU Says

© Reuters. May, Juncker Agree Brexit Work Must Be Done by March 21, EU Says

(Bloomberg) — U.K. Prime Minister Theresa May and European Commission President Jean-Claude Juncker agreed that work on the Brexit agreement should be concluded before a summit of European leaders on March 21, the commission said.

The two leaders met when they were at an EU-Arab summit in Sharm el-Sheikh, Egypt, and “took stock of the work done over the last days by their teams,” commission spokeswoman Mina Andreeva told reporters in Brussels on Monday.

“Good progress is being made on the three work streams that were identified by the president and the prime minister in their meeting on Feb. 20, namely the political declaration, the work process on alternative arrangements for the future and possible additional guarantees on the backstop,” Andreeva said.

“The president and the prime minister agreed on the need to conclude this work in time before the European Council on March 21,” Andreeva said.

Reports about a possible extension of the Brexit process are “pure speculation,” Andreeva said.

“At the moment, we are not talking about a prolongation,” she said. “Our working assumption remains that the U.K. is leaving on March 29, 2019.”