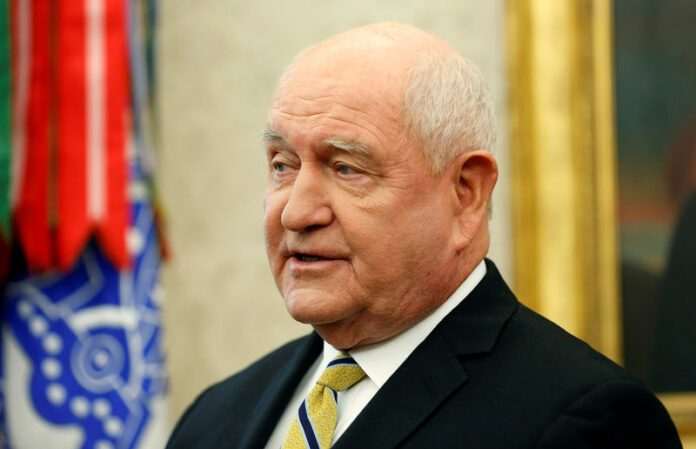 U.S. ‘will not be bought off’ by China soy deal in trade talks: Perdue 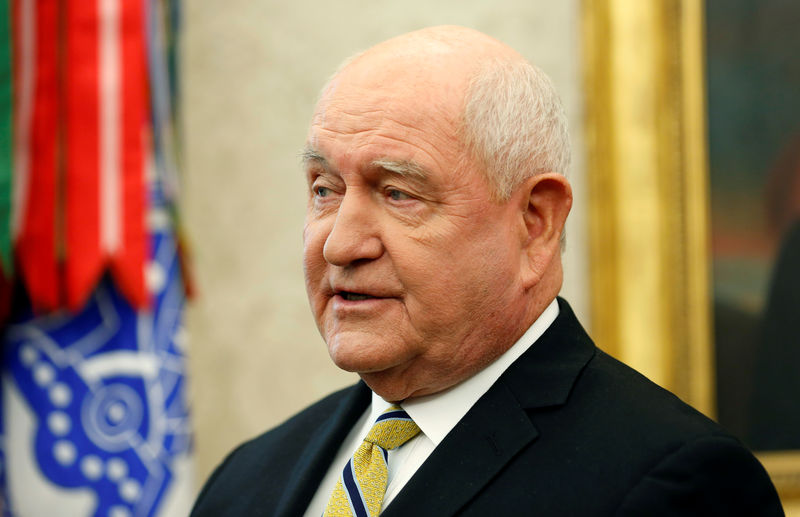 © Reuters. U.S. Secretary of Agriculture Sonny Perdue speaks during an event in the Oval Office of the White House in Washington

WASHINGTON (Reuters) – The United States will keep pressing China for intellectual property safeguards in trade talks, regardless of Beijing’s pledge to purchase 10 million tonnes of U.S. soybeans in the near term, U.S. Agriculture Secretary Sonny Perdue said on Monday.

“Still, the structural core issues of intellectual property transfer have to be dealt with,” Perdue told reporters after a speech in Washington. “We will not be bought off as a country over purchases without eliminating some of these non-trade barriers in China.”

President Donald Trump said on Sunday he would delay an increase in U.S. tariffs on Chinese goods thanks to “productive” trade talks and that he and Chinese President Xi Jinping would meet to seal a deal if progress continued.

The announcement was the clearest sign yet that China and the United States are closing in on a deal to end a months-long trade war that has slowed global growth and disrupted markets.

Trump had planned to raise tariffs to 25 percent from 10 percent on $200 billion worth of Chinese imports into the United States if an agreement between the world’s two largest economies were not reached by Friday.

Asked about the time frame of the 10 million-tonne purchase, Perdue said: “That is near term. The impression I had, it is imminent.”

China resumed buying some U.S. soy in December, after Trump and his Chinese counterpart, Xi Jinping, struck a trade war truce, but sales are still way short of the pre-tariff levels.