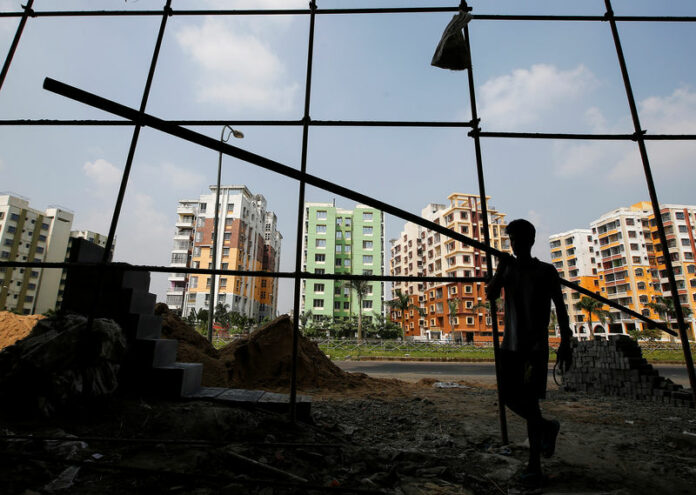 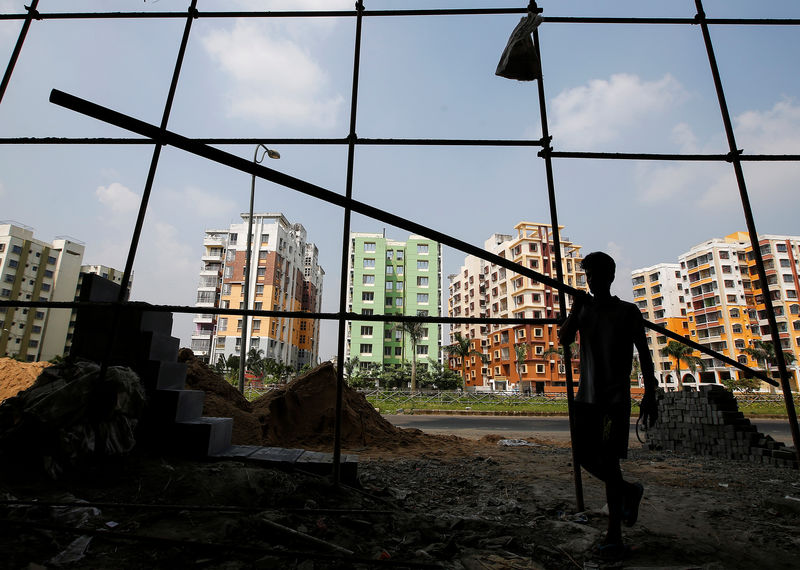 © Reuters. FILE PHOTO: A labourer carries an iron pipe at the construction site of a residential complex on the outskirts of Kolkata

BENGALURU (Reuters) – India’s economy likely grew at its slowest pace in over a year in the October-December quarter as weaker rural incomes and softer urban demand weighed on consumption, a Reuters poll showed.

The median forecast from more than 55 economists polled on Feb. 19-25 was for growth of 6.9 percent, compared with 7.1 percent in July-September.

Forecasts for the GDP number, due for release on Feb. 28 at 1200 GMT, ranged between 6.3 percent and 7.9 percent, and suggested a significant drop from a more than two-year high of 8.2 percent in April-June 2018.

The latest poll was conducted amid political uncertainty ahead of a general election due by May and a weakening global economy.

A slowdown in growth momentum supported the Reserve Bank of India’s sudden dovish turn in early February when it cut rates and changed its policy stance to “neutral” to boost expansion after a sharp fall in inflation.

However, global uncertainty over trade conflicts, Brexit and oil prices could add to growth headwinds in India, the RBI’s Monetary Policy Committee said.

“The RBI’s commentary on growth and the upcoming GDP data should support the central bank’s surprise cut… there should be more dovishness in the next meeting, because of the ongoing slowdown,” said Shashank Mendiratta, economist at IBM (NYSE:).

A slowing economy could be a concern for Prime Minister Narendra Modi’s government, which wants to boost lending and lift growth before the election.

In its final budget for this term, the government introduced several tax cuts to support spending and growth in a bid to lure middle-class voters.

“I think their stance from here would be to show that they have pulled out all the stops and that they’ve got a few more rabbits to pull out of the hat if they were to win the election,” said Vishnu Varathan, head of economics and strategy for Asia at Mizuho Bank.

Gross value added growth (GVA), the government’s preferred measure, is expected to be 6.7 percent in the October-December quarter, marginally down from 6.9 percent in the previous three months.