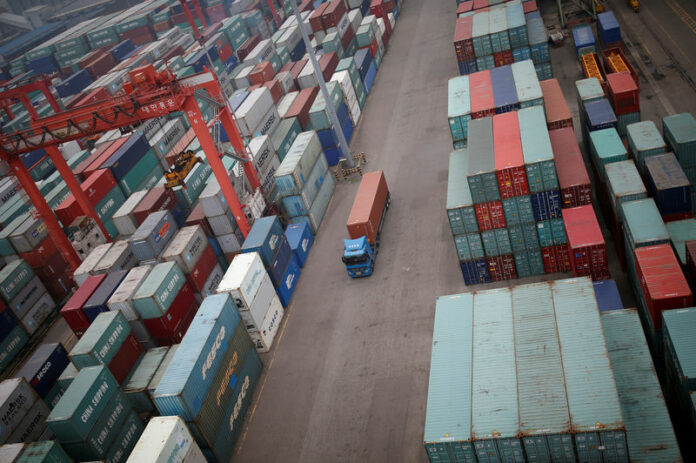 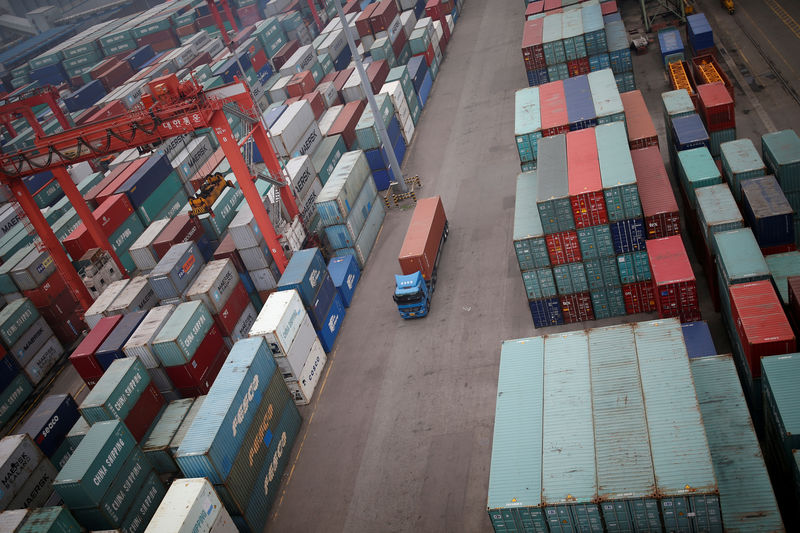 © Reuters. FILE PHOTO : A truck drives between shipping containers at a container terminal at Incheon port in Incheon

By Hayoung Choi and Cynthia Kim

Exports are expected to have contracted 10.8 percent from the same period a year earlier, the third consecutive month of declines and a much sharper drop than January, according to a median estimate of 12 economists. Exports fell 5.8 percent in January.

Imports were predicted to shrink for a second straight month, falling 11.6 percent in February compared with a dip of 1.3 percent in January.

“Korean export growth will bottom out in the third quarter, as Chinese growth starts rebounding in the second quarter,” said Lee Seung-hoon, an analyst at Meritz Securities. “For the full year, we see exports shrinking by 4 percent.”

Though trade negotiations between Washington and Beijing appear to be making some progress, export-driven Asian countries including South Korea, Japan and Taiwan are reeling from disruptions in supply chains.

South Korea, the world’s sixth-largest exporter and biggest manufacturer of memory chips, also has been squeezed by the falling price of micro-chips and petroleum products, its other key export.

For the first 20 days in February, South Korea’s overseas sales fell 11.7 percent, with sales of memory chips and petroleum goods falling by 27.1 percent and 24.5 percent, respectively. By destination, exports to China tumbled 13.6 percent.

Despite falling exports, January industrial output is expected to have narrowly avoided contraction by gaining a mere 0.2 percent from a month earlier, versus the 1.4 percent decline in December.

January industrial output data will be out at 2300 GMT on Wednesday. Trade data are scheduled to be published at 0000 GMT on Friday, while the inflation figures will be released at 2300 GMT on March 4.