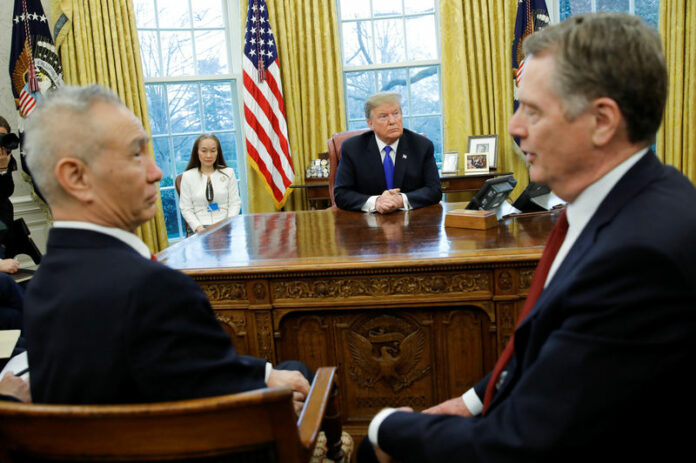 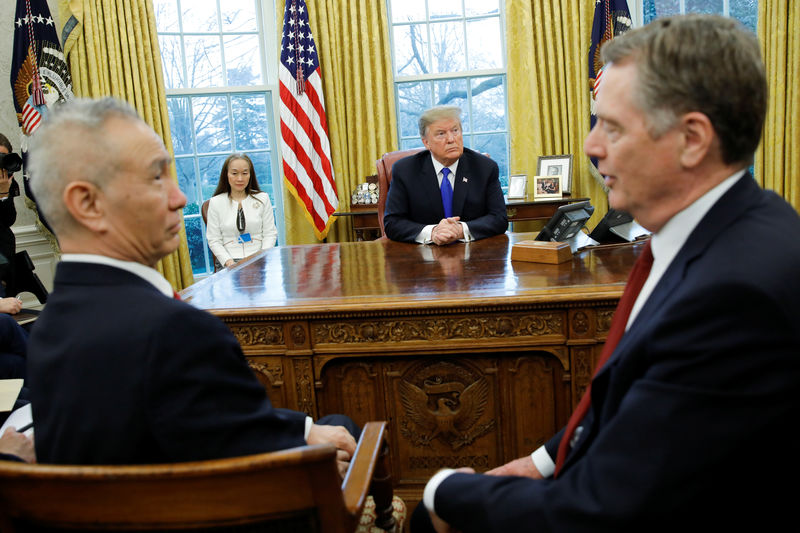 Citing progress in talks between the two countries, Trump said he would delay a planned increase in tariffs to 25 percent from 10 percent on $200 billion of Chinese imports.

China’s trade surplus with the United States, which is at the center of their dispute, rose to $323.32 billion last year, the biggest on record going back to 2006.

China’s average import tariff of 3.5 percent is the highest among top industrial nations, data from the World Bank shows, although its tariff rates have fallen sharply over the past 20 years.

Trump and Xi called a 90-day truce last year to allow time for a deal to be negotiated. But the U.S. threat of tariff increases comes just as China is trying to support its cooling economy, so could offer Trump leverage in the talks.

Negotiators from both camps have been seeking to iron out differences over China’s treatment of state-owned enterprises, subsidies, forced technology transfers and cyber theft.

The two sides are expected to sign memorandums of understanding (MOUs) for actions to be taken by China on issues ranging from structural reforms to trade and economic policies.

Reuters reported that both sides were drafting MOUs on cyber theft, intellectual property rights, services, agriculture and non-tariff barriers to trade, including subsidies.