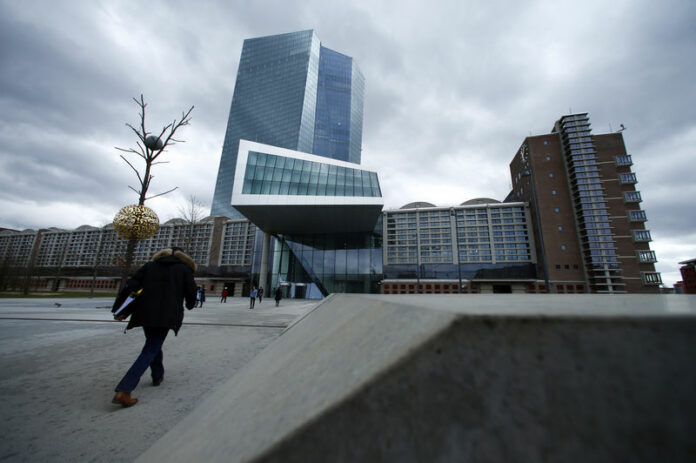 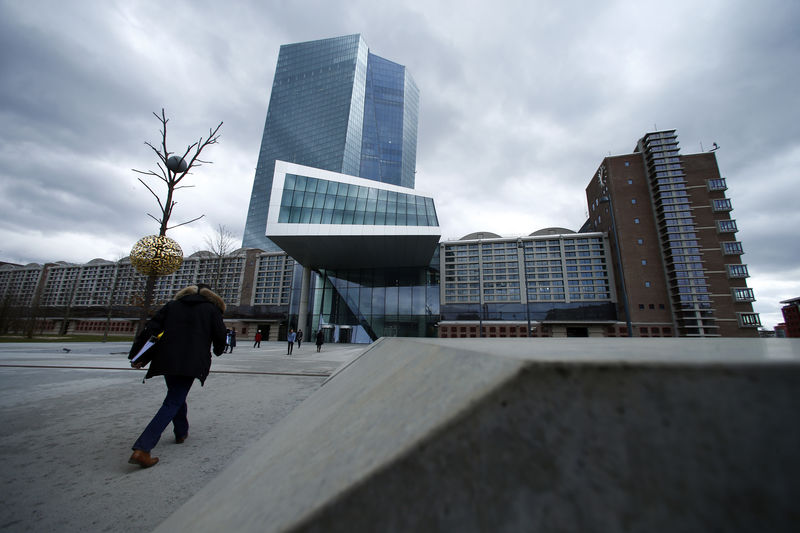 By Shrutee Sarkar and Anisha Sheth

BENGALURU (Reuters) – Faced with a serious slowdown in euro zone economic growth, the European Central Bank is set to delay hiking interest rates from record lows until next year and will soon re-launch its offer of long-term loans to banks, a Reuters poll found.

But over 60 percent of economists said there would be no change to rate guidance at its March 7 policy meeting or any official announcement yet of long-term loans.

That conclusion comes despite the fact that markets have now completely priced out ECB rate hikes and a new loans program is being actively discussed on trading desks.

The latest findings come as a global economic slowdown is well underway, the Federal Reserve has made a U-turn on policy switching to wait-and-see mode and other major central banks have backtracked on recent policy tightening plans.

“I think they (ECB policymakers) have missed the chance to normalize policy in this cycle. If anything they’ve been further pressurized to provide more accommodation in the next six or 12 months,” said Andrew Kenningham, chief European economist at Capital Economics.

Just two months ago, the ECB shut its 2.6 trillion euro stimulus program, a policy decision that coincided with a period of rapid deceleration in growth in some of Europe’s top economies and no signs of inflation picking up.

Over 90 percent of respondents said the ECB was right to stop those asset purchases, known as quantitative easing (QE), when it did. They are now forecasting the ECB will dole out new cheap loans to banks, with 84 percent of those offering a view expecting that to happen before July.

A new Targeted Long-Term Refinancing Operation (TLTROs) scheme could be launched as early as March, some respondents said.

“The conclusion of QE is by no means a withdrawal of stimulus but merely a stop to the addition of further stimulus,” said Marius Gero Daheim, chief euro zone strategist at SEB.

“Should the slowdown prove more protracted, further stimulus could still be added around mid-year. The offering of another round of long-term funding for banks only functions to sustain the current amount of liquidity provision and prevent a tightening of liquidity conditions,” he said.

STUCK IN A TRAP

Euro zone growth and inflation forecasts were cut again in the latest Reuters poll of about 100 economists, taken Feb. 22-28.

Gross domestic product growth was forecast to grow 1.3 percent this year, the lowest since polling began for this period over two years ago. It was the fourth consecutive cut to 2019’s outlook.

A wafer-thin majority — 32 of 63 economists — now predict the deposit rate, currently at -0.4 percent, won’t rise until next year. In a poll taken last month, a majority still expected a hike by the end of this year.

The ECB is now forecast to wait until the second half of next year before raising the refinancing rate, compared with the first quarter of 2020 in the January poll.

That is yet another delay from a series of surveys over the past few months where respondents have pushed the timing of the ECB rate hikes further out.

Some are now suggesting the central bank may miss its chance to tighten policy altogether in this cycle.

“That’s clearly a possibility and in a way that is a bit like the Japanese scenario, if you will. Look at the Bank of Japan, when things are going a little bit better, they only tinker with the possibility of easing their stimulus measures without even thinking about hiking rates,” said Elwin de Groot, head of macro strategy at Rabobank.

“In a way the ECB could get stuck in such a trap as well and see no opportunity to hike rates provided underlying inflation rates stay at the levels where they are right now.”