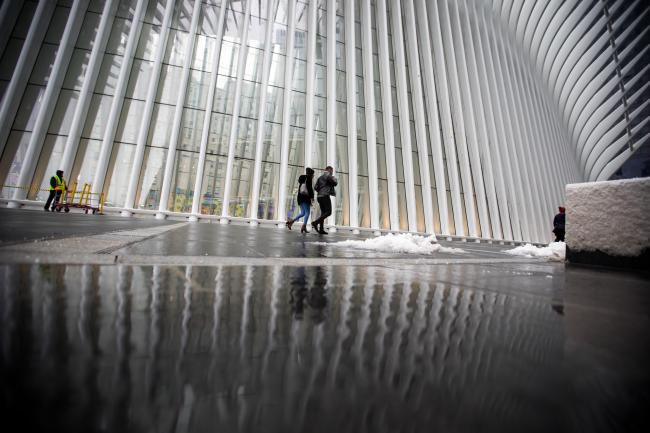 (Bloomberg) — Wall Street’s hometown just got a credit-rating upgrade, in part because of an economy that has moved away from the industry that defines it.

The rating on about $38 billion in outstanding New York City general-obligation bonds was raised one step to Aa1, the second highest level, by Moody’s Investors Service, the company said in a statement Friday. The upgrade — made ahead of a planned sale of about $1 billion debt next week — is Moody’s first to New York since 2007, Mayor Bill de Blasio said in a statement.

The better rating comes just two weeks after Amazon.com Inc (NASDAQ:). announced it was scuttling plans to build a new corporate campus in Queens, a project that had promised 25,000 jobs in the city over the next two decades with an average salary of $150,000. At the time, Moody’s warned that Amazon’s decision would cost jobs and highlighted how politics and anti-business sentiment could derail development.

New York’s economy grew 3.9 percent in the fourth quarter of 2018 and Wall Street continued to perform strongly as a result of higher interest rates and lower corporate taxes. Income after taxes for the top six banks rose to almost $30 billion in the fourth quarter. Meanwhile, the city’s private sector added 34,000 jobs in the quarter, the fastest rate in the last four years. The largest gains came in health care and education. By comparison, U.S. private sector employment grew 2.1 percent.

De Blasio’s office said New York’s current rating is the highest it has ever had from Moody’s and may lower its debt service costs, enabling it to more efficiently borrow and finance capital and infrastructure projects.

“For the last five years, we’ve used the city’s budget to improve the lives of New Yorkers,” de Blasio said in a statement. “Moody’s credit rating is validation of what we’ve always known: that you can be both a progressive and a strong fiscal manager.”

Some investors worry that the upgrade will drive up the price of New York’s bonds, some of which already carry yields close to AAA rated debt.

“It’s already hard to find New York paper these days,” said Jonathan Law, vice president and portfolio manager at Advisors Asset Management, which oversees about $325 million in municipals in separately managed accounts. “It’s probably going to be even harder now especially if you are looking to capture some yield.”

Related: N.Y. Leaders Urge Bezos Not to Give Up on Amazon’s Queens HQ