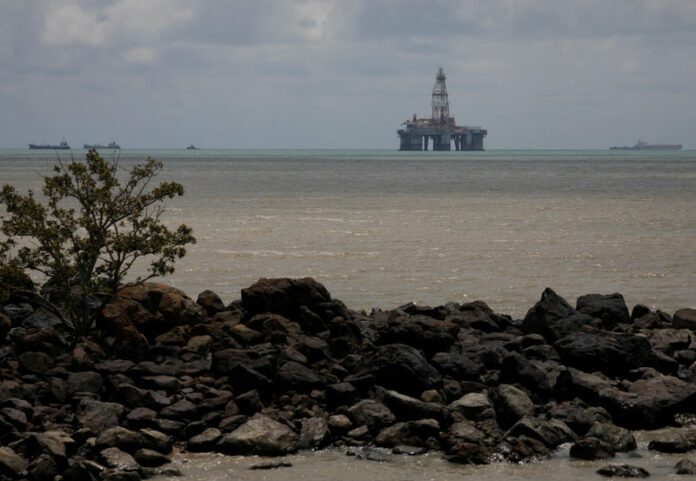 © Reuters. An oil rig is seen in the waters on the southern coast of Pengerang

SYDNEY (Reuters) – Oil prices firmed on Monday as the United States and China were reported to be close to signing a trade deal, ending a tit-for-tat tariff row that has roiled financial markets and clouded the outlook for the global economy.

The rally came as signs that the United States and China will finally ink a trade deal eased fears about global demand growth.

“Optimism is very high for the U.S. and China to finalize a trade deal this month,” said Edward Moya, senior analyst, OANDA.

U.S. President Donald Trump and Chinese President Xi Jinping could reach a formal trade deal at a summit around March 27 given progress in talks between the two countries, the Wall Street Journal reported on Sunday.

The news added support to a market that has been rallying for the past two months on cuts to production.

Supply from the Organization of the Petroleum Exporting Countries fell to a four-year low in February, a Reuters survey found, as top exporter Saudi Arabia and its Gulf allies over-delivered on the group’s supply pact while Venezuelan output registered a further involuntary decline.

U.S. energy firms this week cut the number of oil rigs operating to the lowest in almost nine months as some producers follow through on plans to cut spending despite an over 20-percent increase in crude futures so far this year.