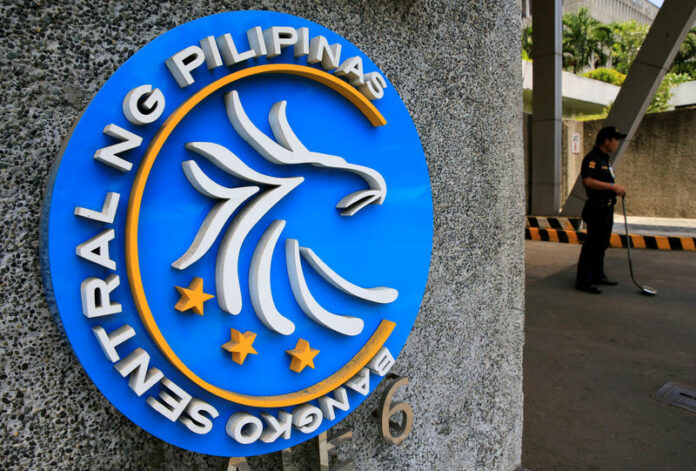 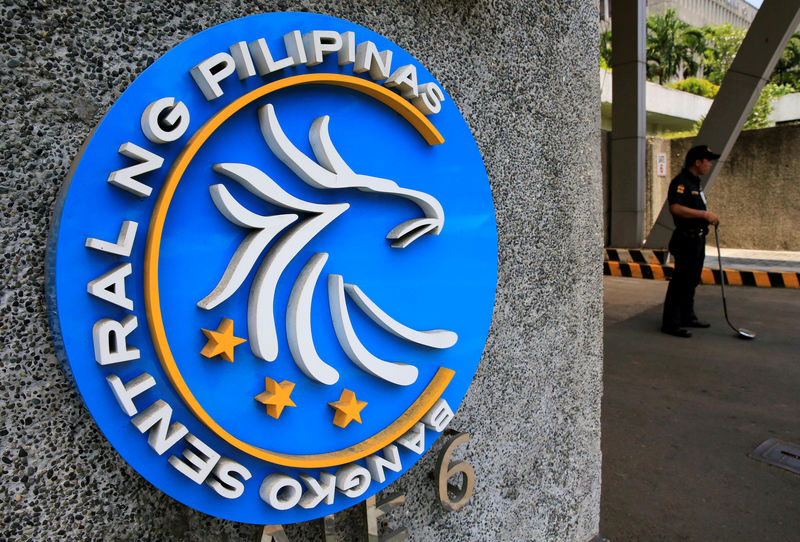 © Reuters. FILE PHOTO – Security guard stands beside a logo of the Bangko Sentral ng Pilipinas (Central Bank of the Philippines) posted at the main gate in Manila

MANILA (Reuters) – Philippine President Rodrigo Duterte made a surprise appointment on Monday by naming his budget secretary as central bank governor even as the market had preferred to see an insider take the helm of the monetary authority.

Budget Secretary Benjamin Diokno, 70, was not among those tipped to get the highest job at the Bangko Sentral ng Pilipinas, with several bankers and fund managers saying any of the three deputy governors, all career central bankers, should be promoted to governor.

Diokno has been part of Duterte’s economic team tasked with delivering on an ambitious $180 billion infrastructure revamp central to his promises to attract investment, development rural areas and create better quality jobs.

“It was a surprise. (Diokno was) not part of the names being floated recently,” said Michael Ricafort, economist at Rizal Commercial Banking Corp (RCBC).

Diokno will complete the six-year term of central bank governor Nestor Espenilla, who died on Feb. 23 of cancer.

Espenilla, a veteran of more than three decades at the central bank when he took over as governor in July 2017, is credited for leading a move to digitize retail payments to broaden financial inclusively in a country where a fifth of the 105 million population live in poverty.

“With him at the helm of the Bangko Sentral ng Pilipinas, our banking institutions are in good and competent hands”, Presidential Spokesman Salvador Panelo said after announcing Diokno’s appointment.

Financial markets were already closed when the announcement was made.

Diokno assumes the position of central bank chief at a time when policymakers are trying to strike a balance between supporting the economy and defusing inflationary risks.

The Philippines remains one of Asia’s fastest growing economies, but policymakers had to grapple with soaring inflation last year that pushed the BSP to raise its benchmark interest rate by a total 175 basis points to 4.75 percent.

Dionko’s selection also comes ahead of a policy meeting on March 21 where the central bank is expected to leave interest on hold for a third straight meeting with inflation becoming less of a worry.

Cooling inflation, which last year hit a near-decade peak of 6.7 percent in September and October, should give the central bank room to reverse some of last year’s tightening, economists have said, which bodes well for growth.

Prior to his appointment as budget secretary, a position he also held under former president Joseph Estrada, Diokno served as senior advisor at the International Tax and Investment Center (ITIC), professional lecturer at the University of the Philippines School of Economics and Independent Director at the Asia United Bank among others.