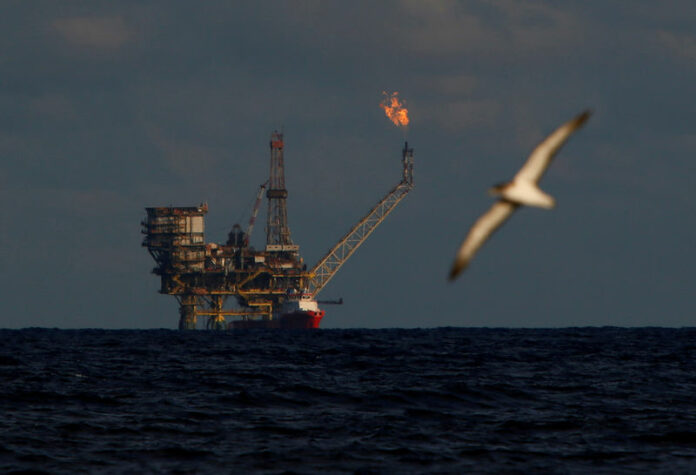 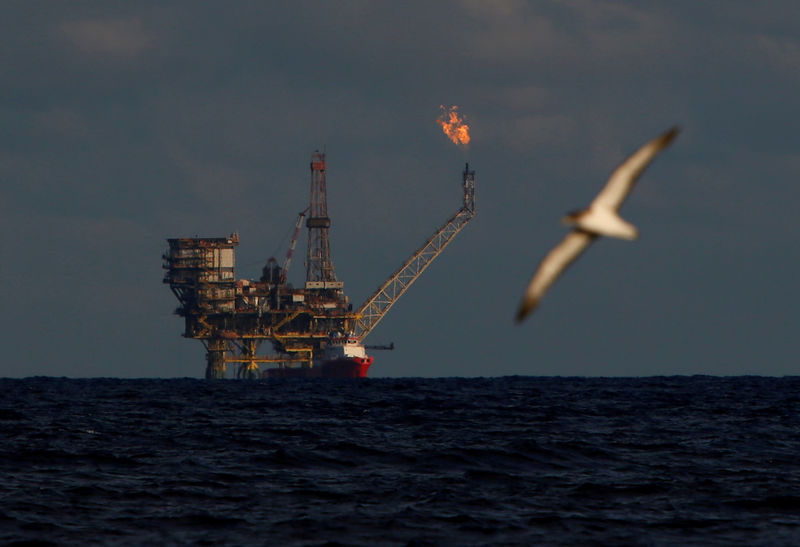 © Reuters. FILE PHOTO: A seagull flies in front of an oil platform in the Bouri Oilfield some 70 nautical miles north of the coast of Libya

“Near term … it is hard to get very bullish on oil prices. The market is still working off the surpluses built in H2 2018, keeping OECD commercial inventories stuck above the five-year average,” said energy analysts at economic research firm TS Lombard.

And despite optimism that the United States and China will soon end their bitter trade disputes, oil demand growth has been slowing along with an economic slowdown especially in Europe and Asia.

“2018 was the weakest (refined product) demand growth year since 2011,” Bank of America Merrill Lynch (NYSE:) said in a note.

To prop up the market, the Organization of the Petroleum Exporting Countries (OPEC) has led efforts since the start of the year to withhold around 1.2 million barrels per day (bpd) of supply.

The OPEC-led supply cuts, as well as U.S. sanctions against its members Iran and Venezuela, come at the same time as output chases ever new records, rising by more than 2 million barrels per day (bpd) since early 2018 and above 12 million bpd for the first time in February.

The cuts to OPEC supply have pushed up the Brent international crude price benchmark as there is a shortage of heavy crudes that OPEC mostly produces, while the surge in U.S. output is weighing down U.S. WTI prices as there is ample supply of America’s light crudes that its shale reserves mostly churn out.

Because of this, energy researchers at TS Lombard said “the Brent-WTI spread can be expected to stay wide.”

WTI’s front-month price spread to Brent has declined from near parity in 2016 to an average discount of $8.5 per barrel since the start of 2019.

During the same time, U.S. crude output has risen by almost 3 million bpd.