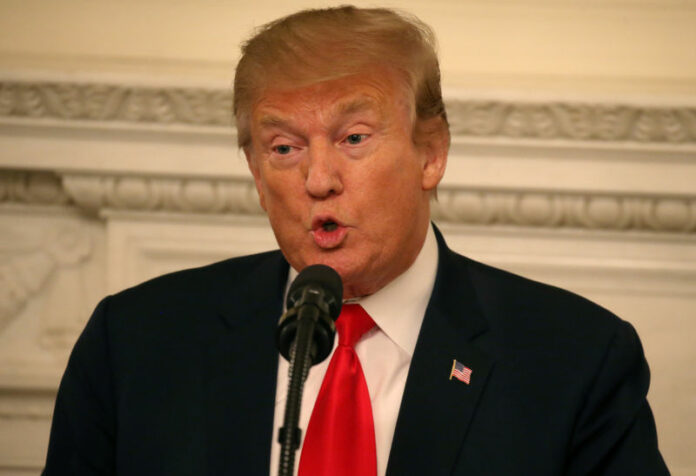 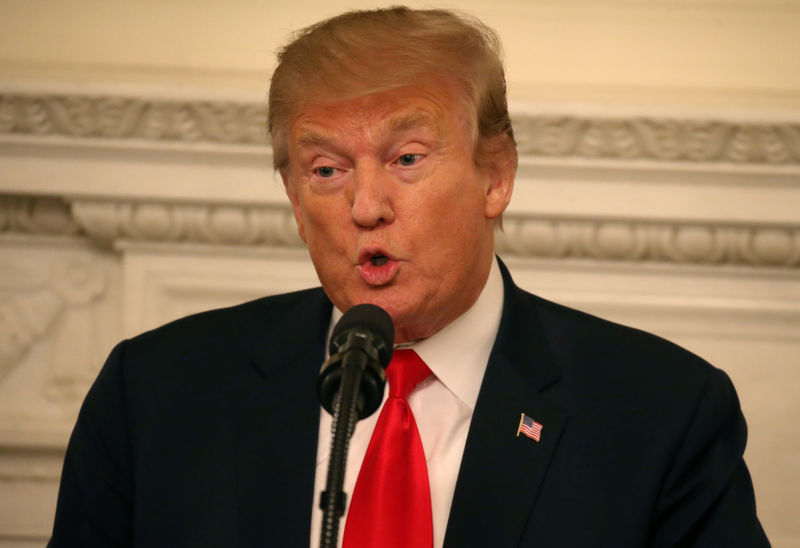 © Reuters. U.S. President Trump speaks to the National Association of Attorneys General at the White House

“I am providing notice of my intent to terminate the designation of India as a beneficiary developing country under the Generalized System of Preferences (GSP) program,” Trump said in a letter to congressional leaders.

“I am taking this step because, after intensive engagement between the United States and the Government of India, I have determined that India has not assured the United States that it will provide equitable and reasonable access to the markets of India,” Trump said.

Trump, who has vowed to reduce U.S. trade deficits, has repeatedly called out India for its high tariffs.

The U.S. goods and services trade deficit with India was $27.3 billion in 2017, according to the U.S. Trade Representative’s Office.

India is the world’s largest beneficiary of the GSP program and ending its participation would be the strongest punitive action against India since Trump took office in 2017.

“I will continue to assess whether the Government of India is providing equitable and reasonable access to its markets, in accordance with the GSP eligibility criteria,” he said.