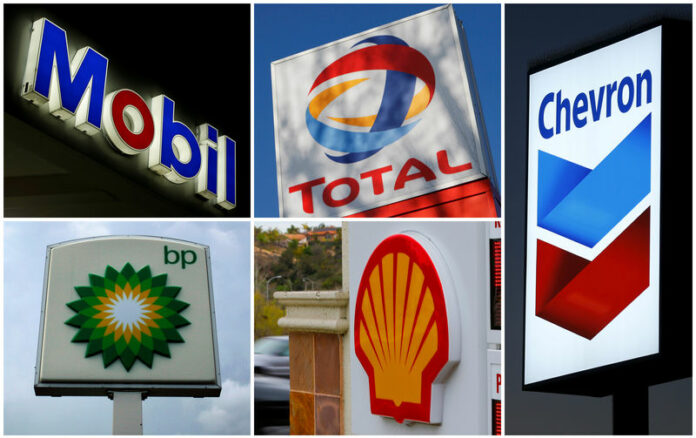 By David Gaffen and Jennifer Hiller

(Reuters) – The oil industry converges this week on Houston at CERAWeek, the largest gathering of top energy executives in the Americas, with oil majors showing a bigger presence as the United States has taken the crown as the largest crude producer in the world.

After a year that saw international crude oil prices surge to more than $87 a barrel in the fall then tumble, the market has been calmer of late, even with production limitations imposed by a combination of OPEC’s output cuts and large-scale sanctions placed on Iran and Venezuela by the United States.

output has rocketed to more than 12 million barrels a day, surpassing former leaders Russia and Saudi Arabia, but that success comes as independent U.S. shale companies are reducing drilling under pressure from investors demanding improved returns.

Even with prices at relatively stable levels, U.S. sanctions on Iran and Venezuela could disrupt the current calm. It remains unclear whether the United States will continue to offer some Iranian oil buyers purchase waivers, and whether Venezuela’s President Nicolas Maduro will face additional sanctions.

Both U.S. Secretary of State Mike Pompeo and Energy Secretary Rick Perry will speak at the conference.

The larger presence of the majors, including U.S. companies Exxon Mobil (NYSE:) and Chevron (NYSE:), comes as those firms are shifting investments to shale in west Texas and New Mexico, and connecting those oil fields to their coastal refineries and chemical plants.

“It’s a little bit different than what’s been seen historically,” said Staale Gjervik, president of Exxon’s shale business. Its shale deliberations now including asking, “What does that mean for the folks downstream and on the Gulf Coast and vice versa?” Gjervik said.

Shale wells are cheaper to drill and faster to start production, offsetting the majors’ past focus on giant fields whose payoff can be decades into the future.

In addition to bringing new wells into production, Royal Dutch Shell (LON:) PLC is building an inventory of shale wells it can tap on a flexible schedule, said Amir Gerges, head of Shell’s Permian operations. “If we find surplus cash at the end of the year, or if oil prices respond quickly in a certain year, we can easily reinvest that for near term cash flow,” Gerges said.

“It reflects the rebalancing that has gone on in world oil,” said Daniel Yergin, vice chairman of organizer IHS Markit. “This is the first CERAWeek ever where the world’s largest producer is the country where we are holding the conference, which is the United States.”

Saudi Arabia is notable for its diminished presence this year. Saudi Aramco, the state-run oil company, is holding its annual board meeting this week, and Saudi officials noted they were prominently featured at London’s recent International Petroleum Week conference.

However, CERAWeek also follow a period where the Kingdom has faced more U.S. pressure to keep oil prices low, threats of antitrust legislation currently moving through Congress, and anger at the killing of journalist Jamal Khashoggi last year.

Saudi Arabia is the leading producer among the Organization of the Petroleum Exporting Countries, whose Secretary General, Mohammad Barkindo, is attending the conference, along with representatives from the United Arab Emirates. In recent years OPEC representatives have held meetings with executives from U.S. shale companies, in an effort to better understand shale and as the rhetoric from state-run producers has shifted from its adversarial approach in the past.

However, shale execs in the past have shied away from publicity surrounding such get-togethers, including a dinner at one of Houston’s fanciest restaurants last year. Those execs are wary of being viewed in collaboration with OPEC, and this year’s conference features fewer presentations from shale companies as well. OPEC officials have said they do plan on meeting with shale executives at this year’s conference.

Both U.S. industry groups and OPEC nations oppose the ‘NOPEC’ legislation, which has passed committees in both U.S. houses of Congress, seeing it as a threat to production that could cause prices to rise.