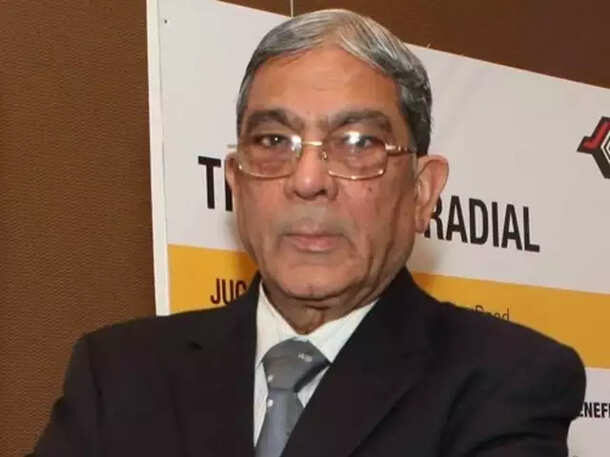 We are requesting that until and unless the demand gap is filled, we should be allowed to import natural rubber at the same rate as the end users. Finished tyre is getting imported at less than 10% duty, said AK Bajoria, Director, JK Tyres, in an interview with ETNOW. 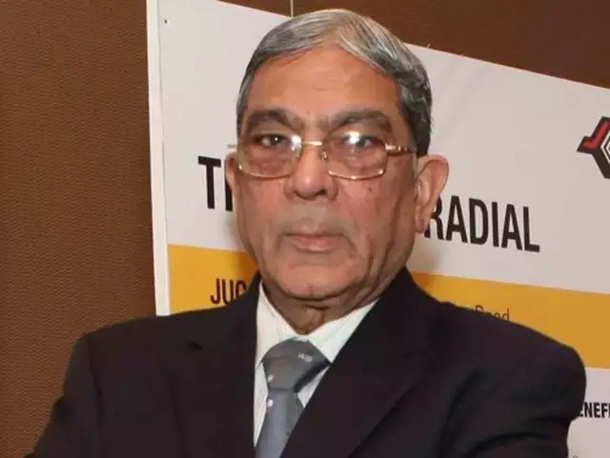 What is the extent of the production supply gap in tyre industry? Also, how much has natural rubber prices risen?

Is the present domestic production capable of satisfying the industry needs? Natural rubber consumption in India is set to surpass the projection of 12 lakh tonnes made by the Rubber Board for 2018-2019. Do you see increased dependence on imports compared to what we have seen so far going ahead?

All these figures that I have given are rubber board figures and we are depending on he imports to meet the demand gap. Gradually, this will further increase unless the incentives are given to grow more rubber. Some initiatives have been taken in the North-East states of Tripura and Assam. The quality of rubber coming from that area is not as good as the rubber which is coming from down south. So, help is needed for the tyre industry. Another two-three things that have happened include the export entitlement which helped the tyre industry to import some rubber at a more competitive price.

Now the export obligation period has been reduced from 18 months to six months. So, that much extra exports have to be done to meet the demand. We have used up the import entitlement. Secondly, the pre-import clearance has been made mandatory which was not there. Thirdly, only two ports have been permitted and there are now port restrictions other than the JNPT and the Chennai Port.

We are requesting that until and unless the gap is filled, we should be allowed to import the natural rubber at the same duty as the end users. That means, finished tyre is getting imported at less than 10% duty. The tyre industry’s plea, which is already there with the authorities is we should be allowed to import natural rubber which is in short supply at 10% duty till such time the demand and production gap is narrowed down.

What would higher dependence of imports mean for you in terms of costs? The industry already took a price cut once this year and given the weak OEM demand, you may not be in a position to increase prices?

I would like to look at it differently; There was a demand dip in Q3 in terms of OEMs. There is a lot of liquidity crunch and then there are issues of vehicle insurance and fuel prices. Also, commercial vehicles have to now take more of these clearances. We are talking of a very temporary phase.

Already, OEMs are coming up in March and I am sure that this dip is very temporary and should look up immediately after the elections. In the meantime, JK Tyres has focussed on replacement demand which is always there and then the exports.

What had happened that in the trucks, bus radial where JK Tyre is the leader in India we had curtailed and restricted exports because we wanted to safeguard our market leadership in India. For this period, it is not an off-and-on game but we have now started pushing many more tyres for exports, particularly the commercial tyres, the truck and bus radial tyres.

This kind of ups and downs will continue. These are normal cycles. Sometimes they become a little steeper. For example, the OEM cut came rather suddenly but I am not unduly worried as we are doing reasonably well and JK Tyre has grown almost 24% in the corresponding period. We are going to weather this obstacle pretty well.

Automotive Tyre Manufacturers Association (ATMA) has reached out to the government in this regard. Have you heard back from officials? In terms of margins, going forward, what is your anticipation there?

As of now, till the time I am talking to you I am not aware of any response from the government, but I am sure they are looking at it sympathetically because at the end of the day, tyre industry is contributing a great deal to the exchequer.

I am sure they will not let this industry become uncompetitive because otherwise, there are imports taking place despite the anti-dumping that has been imposed on one category that is the truck, bus radial tyres from China.

What is happening is that people are importing from Thailand and Vietnam and these are subsidiary manufacturing set-ups of China. This is a bit challenging but the efficient tyre producers and manufacturers in India should be able to overcome these challenges.