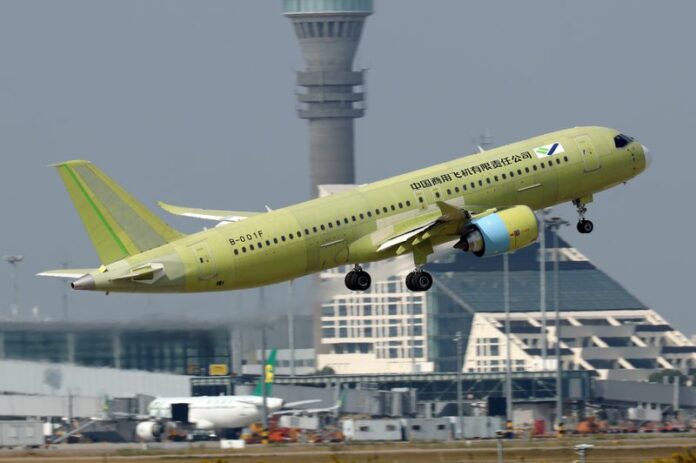 ZHUHAI, China (Reuters) – Chinese planemaker Commercial Aircraft Corp of China (COMAC) said on Tuesday it expected China’s share of the global passenger aircraft fleet would rise to 22% by 2040 from 20% in 2020.

Its latest market forecast said 41,429 passenger jets worth $6.2 trillion are expected to be delivered globally over the next 20 years.

Passenger demand is expected to rise by an average of 3.9% a year globally and 5.7% a year in China over the next 20 years, the planemaker added.

The forecast was released at Airshow China, the country’s biggest air show.