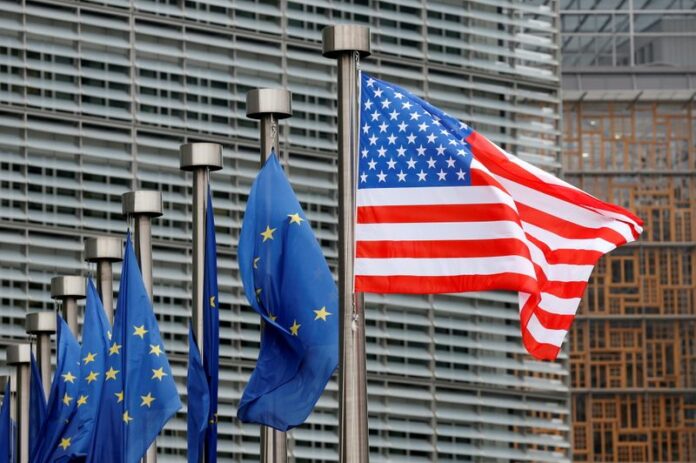 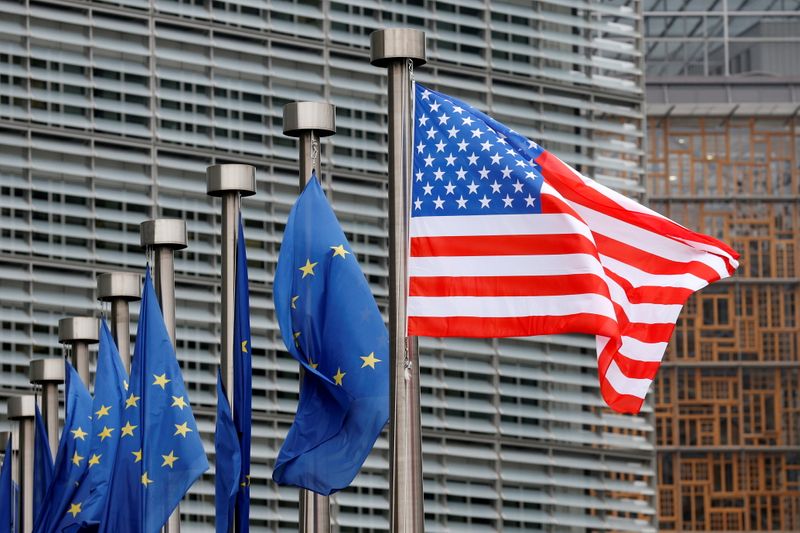 BRUSSELS (Reuters) – European Union governments committed to a joint EU-U.S. declaration on technology cooperation on Wednesday, just in time for a key transatlantic meeting, after France threatened to block it unless it was watered down, EU diplomats said.

Senior U.S. and European Union officials aim to discuss semiconductor shortages, artificial intelligence and tech competition issues at the inaugural meeting of the Trade and Technology Council (TTC) on Wednesday.

The TTC meeting had been in doubt last week because of French anger over Australia’s scrapping of a $40 billion submarine contract and decision to opt instead for a deal with the United States and Britain to buy nuclear-powered vessels.

EU diplomats said France wanted to strike out a reference to a second meeting in spring 2022, when the French presidential election will take place.

It also sought to soften language on a proposed semiconductor supply chain partnership that said the EU and the United States were mutually dependent, the diplomats said.

After talks until late on Tuesday, reference to the second meeting was struck and the semiconductor passage was adjusted to highlight short-term, rather than long-term, supply dependency.

The revised text was cleared on Wednesday at a meeting of EU ministers on competitiveness of the EU market.

Diplomats said French reservations were less related to the submarine dispute and more to France’s stronger belief in EU autonomy.