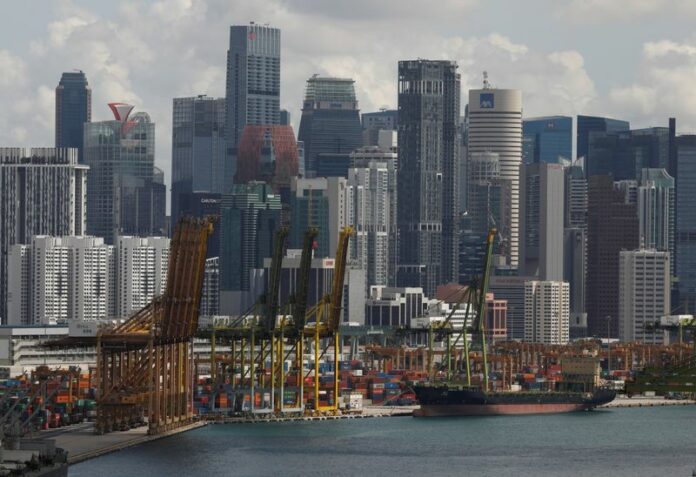 Singapore to forge on with economic recovery, central bank on hold 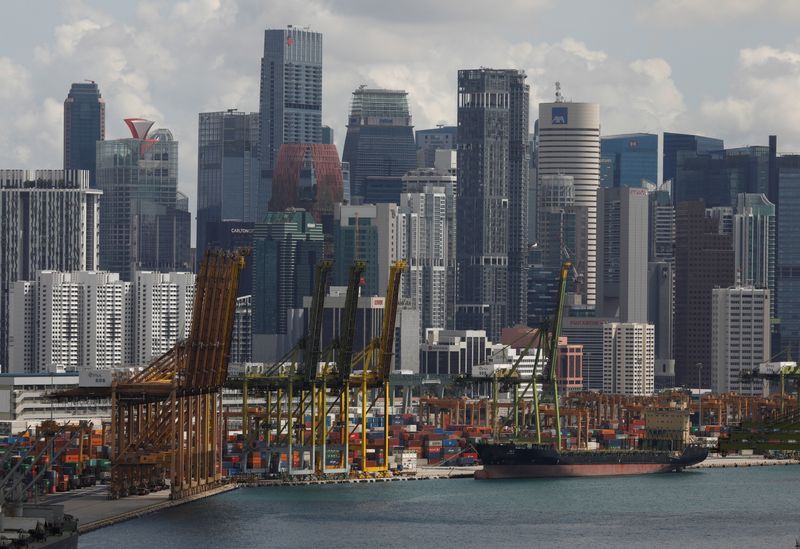 SINGAPORE (Reuters) – Singapore’s economy will stay on its recovery path in the third quarter but the global spread of the Delta coronavirus variant has clouded the outlook and will likely prompt the central bank to stay on hold, a Reuters poll showed.

Eleven of 13 economists forecast the Monetary Authority of Singapore will make no changes to its policy settings on Oct. 14. Two expect the MAS to tighten slightly and begin normalising its policy, in line with other central banks.

Another poll showed analysts forecast the economy continuing to expand albeit at a more modest pace in the third-quarter.

Preliminary data, also to be released on Thursday, may show the economy grew 6.6% on year, according to the median of 16 forecasts, versus 14.7% in the prior quarter on milder low base effects and stricter curbs after a rise in COVID-19 cases.

“We suspect what has likely held up relatively well are manufacturing and financial services, whilst some of the more contact-intensive segments such as retail/wholesale and food/lodging likely moderated more,” Morgan Stanley (NYSE:MS) economists said in a report last week.

Singapore has fully vaccinated about 83% of its 5.45 million people against the virus but reimposed some coronavirus restrictions to buy time to prepare to live with the disease.

The trade-reliant economy, which marked its worst ever recession last year due to the COVID-19 pandemic, is expected to expand 6%-7% this year. On Saturday, the government said it was opening borders to more countries for quarantine-free travel, in a major step towards resuming international links.

Manufacturing has been a key pillar of the country’s growth this year, in part due to strong electronics sector performance.

Singapore’s core inflation rate – the central bank’s favoured price measure – hit a two-year high of 1.1% in August, but economists expect prices to stay benign over the short-term and gradually rise.

The MAS expects core inflation to average 0–1% this year.

The central bank manages monetary policy through exchange rate settings, rather than interest rates, letting the local dollar rise or fall against the currencies of its main trading partners within an undisclosed band.

In March 2020, the MAS flattened the band’s rate of increase to neutral and effectively shifted its centre lower, delivering its biggest easing move since the 2009 financial crisis.

Most analysts expect the MAS to stay cautious, and see no change in the slope, mid-point and width of the policy band. But many are expecting the central bank could sound more hawkish to prepare markets for a possible tightening at its next meeting in April 2022.