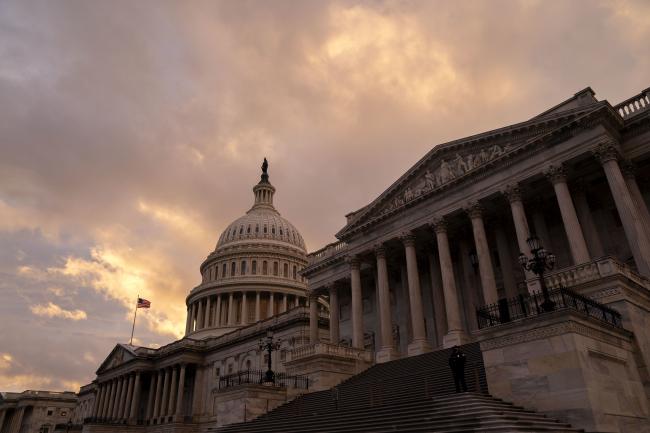 © Bloomberg. The U.S. Capitol in Washington, D.C., U.S., on Monday, Nov. 30, 2020. Congress faces a rapidly approaching deadline to pass a new round of funding for the U.S. government, with dimming odds of hashing out another coronavirus relief package. Photographer: Stefani Reynolds/Bloomberg

(Bloomberg) — Treasury Secretary Janet Yellen said she’ll be updating Congress “within the next day or two” on how long lawmakers have to raise or suspend the debt limit before the government runs out of cash.

“We may be able to get past Dec. 3rd, we may have the resources to do that, but not a great deal of time after that,” Yellen said in an interview with National Public Radio that was taped on Monday.

The Treasury has since last month been using so-called extraordinary measures to help avoid running out of cash. The department said earlier this month that it had used up $182 billion of around $369 billion in cash made available through such measures.

Lawmakers enacted a short-term boost to the debt limit last month, aiming to give enough space to coincide with a separate deadline, of Dec. 3, for regular annual funding of federal government agencies. At that time, Yellen said the legislation would allow the government to keep paying its bills through Dec. 3. The dates are subject to change based on the Treasury Department’s flows of spending and revenue.

“I’ll shortly be issuing new guidance about what we’ve learned since that time about how long they can go,” Yellen said.

Congressional leaders have yet to specify a plan for how they will address the ceiling in coming weeks.

Yields on Treasury bills maturing at the end of the year rose after Yellen’s comments, with investors demanding slightly higher interest rates around Dec. 28 and Dec. 30.

Republicans are trying to force Democrats to boost the ceiling on their own, after a handful of them had joined in approving the $480 billion, short-term boost to the limit in October. Democrats have insisted that a longer-term resolution be enacted with bipartisan support, as has been done in the past.

While Yellen has repeatedly called for a bipartisan vote to address the debt limit, she has also suggested in recent weeks that Democrats will consider raising the limit on their own through the reconciliation process, which bypasses the Senate filibuster and thus the need for GOP backing.

“I strongly believe that it is a bipartisan responsibility to do this,” Yellen said on Nov. 1. “There is a way for Democrats to do it entirely on their own,” she added, “and I know that will be one of the ways — through reconciliation — that the leadership will be considering.”

Should the Treasury run out of cash, the U.S. government would default on its financial obligations. Yellen has warned that federal contractors and employees would go unpaid and Social Security checks would stop, among other things. Unless their payments were prioritized, investors in Treasury securities wouldn’t receive interest payments or get back their principal on maturing bills, notes and bonds.

Yellen, Federal Reserve Chair Jerome Powell and many economists have warned that even a temporary default could send credit markets into chaos, increase U.S. borrowing costs for an extended period and damage U.S. credibility throughout the world. Yellen has repeatedly said that a recession would be in store.

Meantime, Congress is also facing a deadline in coming weeks to prevent a federal government shutdown. Agencies have been funded via a stopgap temporary appropriations bill since the Oct. 1 start of the fiscal year, and another so-called continuing resolution is likely after the expiration of that bill on Dec. 3.