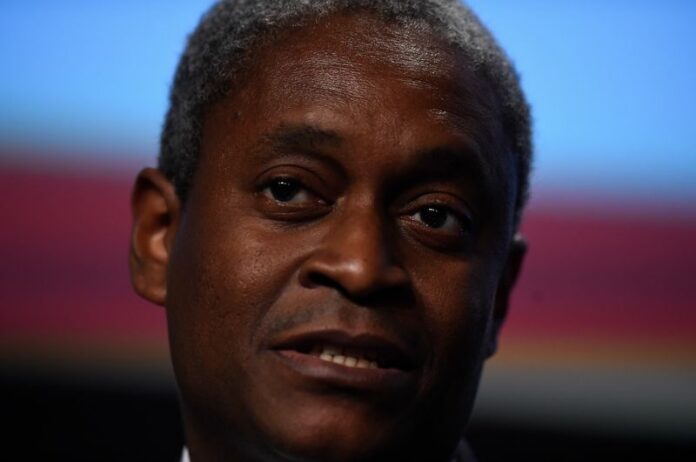 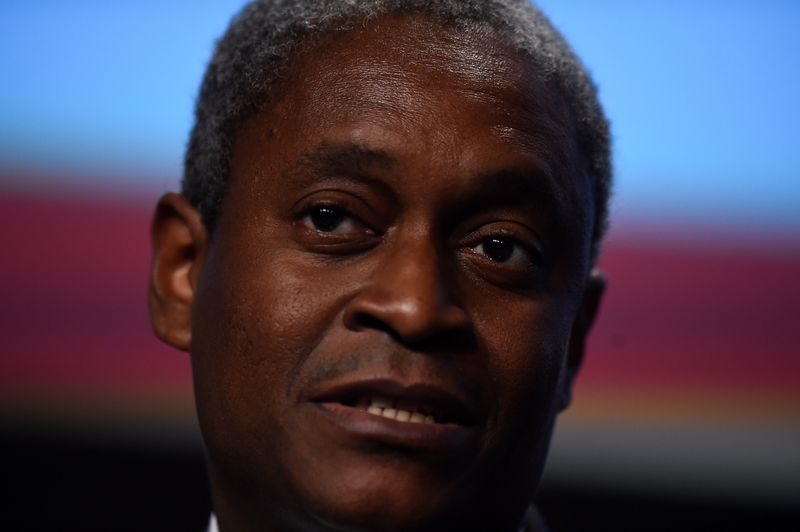 (Reuters) – Atlanta Federal Reserve President Raphael Bostic said on Friday he is hopeful that the momentum of the U.S. economy will carry it through the next wave of the coronavirus pandemic, and said he remains open to accelerating the pace of the central bank’s bond taper.

Earlier on Friday, the World Health Organization said it was designating the new Omicron variant, first identified in South Africa, as being “of concern.”

If the new Omicron coronavirus variant follows the pattern seen with previous variants, it should cause less of an economic slowdown than the Delta variant, Bostic said.

“We have a lot of momentum in the economy right now,” Bostic said during an interview with Fox News, citing strong jobs growth. “And that momentum, I’m hopeful, will be able to carry us through this next wave, however it turns out.”

Bostic reiterated that he is open to speeding up the pace at which the central bank slows down its asset purchases so officials can have greater flexibility to respond to surging inflation.

It could be “reasonable,” Bostic said, for the Fed to potentially conclude its asset purchases by the end of the first quarter next year, or early in the second quarter, if the economy continues on the same trajectory. At the current pace, Fed officials would be done tapering purchases by the middle of next year. Policymakers will meet again on Dec. 14-15.

The news of the Omicron variant spurred investors to lower their expectations on Friday for how quickly the Fed and other central banks may raise interest rates next year.

According to CME’s FedWatch tool, money market traders were pricing in a 53.7% chance of at least one rate hike by the Federal Open Market Committee’s June meeting as of Friday afternoon, down from an 82.1% chance on Wednesday.

Bostic said on Friday that he has not ruled out any possible actions and said it is “certainly possible” for the Fed to raise interest rates at least twice next year if inflation remains elevated.

“We’re not going to let inflation get out of control,” Bostic said.