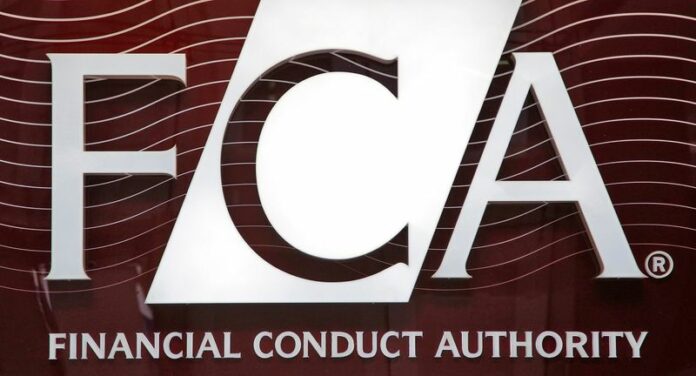 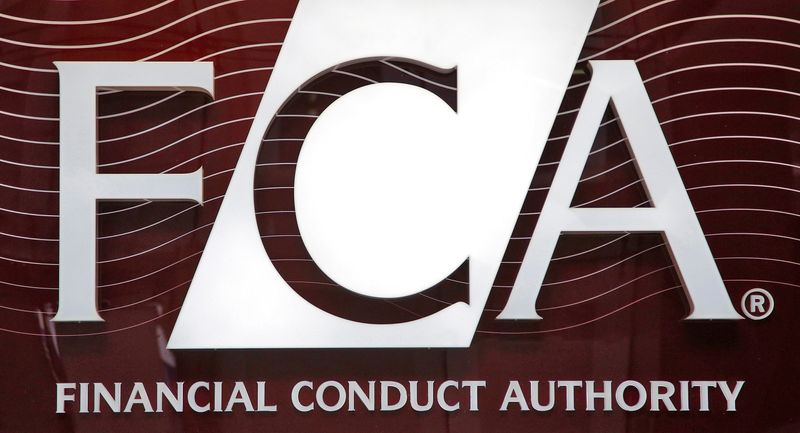 © Reuters. FILE PHOTO: The logo of the new Financial Conduct Authority (FCA) is seen at the agency’s headquarters in the Canary Wharf business district of London April 1, 2013. REUTERS/Chris Helgren

LONDON (Reuters) -Britain’s markets watchdog proposed a near-doubling of the fee it charges authorised firms on Tuesday to pay for technology that can spot and tackle problem companies faster.

The Financial Conduct Authority (FCA) proposed that its minimum fee, which has remained largely unchanged over the last decade, would rise by 91% from 1,151 pounds ($1,537) to 2,200 pounds for the financial year starting April 2022.

“As part of its transformation to a more innovative and assertive regulator, the FCA has committed to invest 120 million pounds over the next three years to strengthen its ability to identify firms and individuals of concern,” it said.

Soaring financial scams are taking up more resources and the FCA is undergoing a shake-up to speed its enforcement decision-making after it was slammed for its handling of collapsed investment fund London Capital & Finance (LCF).

Closer scrutiny through better data will lower the chances of authorising unsuitable firms in the first place, it said.

“This price hike is money well spent if it helps the FCA spot the next London Capital & Finance,” Simon Morris, a financial services partner at law firm CMS, said.

Britain’s government is spending up to 120 million pounds in taxpayer money to compensate LCF investors.

Other proposed changes by the FCA, which regulates around 60,000 companies, include using market risk and trading volumes, rather than the number of traders, for calculating total fees for larger banks and investment firms.

There would also be an increase of 25,000 pounds to the application fees of overseas investment exchanges which intend to use new or untried technology.

Concessions on fees for credit unions, not-for-profit debt advisers, mutuals and community finance organisations will be maintained because of their “social purpose”, the watchdog said.

A public consultation on the proposals closes on Jan. 31.