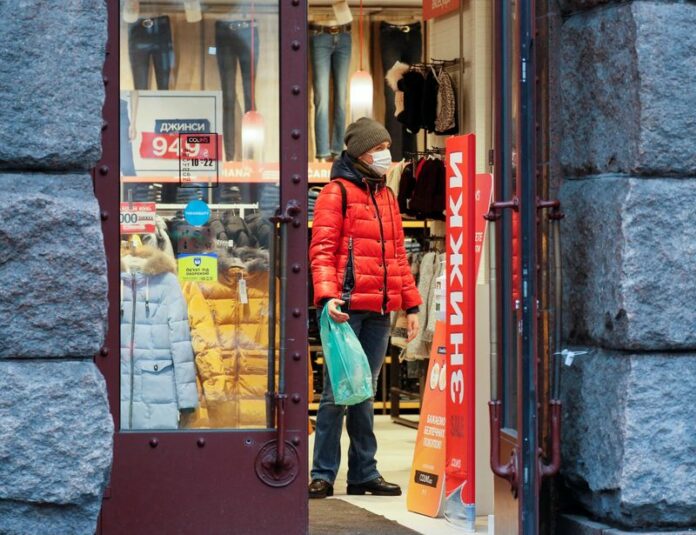 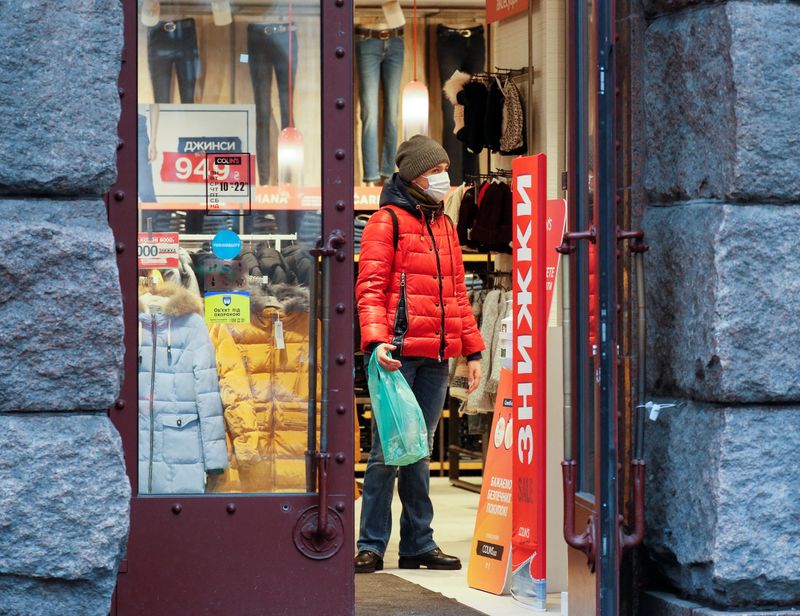 © Reuters. FILE PHOTO: A shopper wearing a protective face mask stands inside a shop on the first day after ending a coronavirus lockdown in Kyiv, Ukraine January 25, 2021. REUTERS/Gleb Garanich

KYIV (Reuters) – Ukraine’s central bank raised its main interest rate to 10% from 9% on Thursday, crossing into double digits for the first time since April 2020, to try to tackle persistently high inflation and the economic fallout from a standoff with Russia.

The National Bank of Ukraine (NBU) said it could hike rates again at its next policy meeting in March and signalled that monetary conditions would remain moderately tight. It would also increase banks’ reserve requirements next month.

Ukrainian assets and its hryvnia currency have been pounded by weeks of tensions as Russia massed tens of thousands of troops near Ukraine’s borders and talks between the West and Russia failed to produce a breakthrough.

“As many of the pro-inflationary risks have materialised, tighter monetary policy is needed in order to improve inflation expectations and ensure steady disinflation toward the target of 5%,” the central bank said in a statement.

It raised rates five times last year as inflation spiked to the highest level since 2018, reaching 10% in December.

Analysts polled by Reuters had predicted the central bank would raise its key interest rate to 9.5%-10.0% to tackle worsening inflation expectations and a weakening hryvnia due to fears of a Russian military offensive.

The central bank also raised its inflation forecast for 2022 to 7.7% from 5.0% and warned that inflation would only ease back into its target range of 5% in 2023.

The hryvnia has weakened more than 4% against the dollar since the start of 2022 despite the central bank selling $752 million from early January to smooth volatility on the domestic foreign exchange market.

However, the NBU said it had no plans to introduce a ban on capital withdrawals.

“Our forecast envisages that the next increase will take place in March, but we always give a disclaimer that this is a forecast, and not an obligation of the National Bank,” Deputy Governor Sergiy Nikolaychuk told a briefing.