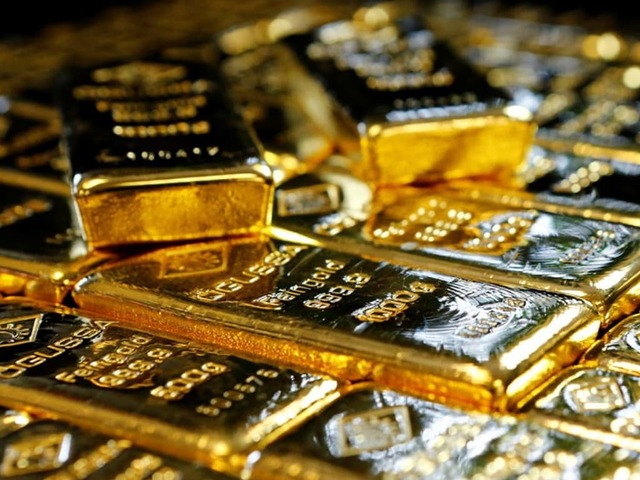 LONDON: Gold prices hit a one-month high on Wednesday, as the Russia-Ukraine conflict boosted demand for safe-haven bullion while investors also bought it as a cushion against soaring inflation.

Safe-haven bids due to the Ukraine crisis and inflation concerns are supporting gold and could continue to do so, said Michael Hewson, chief market analyst at CMC Markets UK, adding prices could revisit $2,000 an ounce in the next few days.

Russian President Vladimir Putin on Tuesday said Russia would “rhythmically and calmly” continue its operation in Ukraine, and that on-off peace negotiations “have again returned to a dead-end situation for us”.

Meanwhile, data showed on Tuesday that US monthly consumer prices surged in March, cementing the case for a 50 basis point interest rate hike from the Federal Reserve next month as it seeks to tighten pandemic-era monetary policy.

The data largely met market expectations, sending US 10-year Treasury yields lower, and lifting zero-yield gold by more than 1% in the previous session.

“The markets have been pricing in the Fed’s new hawkish stance and the prospect of inflation stabilization will reduce the scope for further dollar gains,” which will be positive for greenback-priced gold, Ricardo Evangelista, a senior analyst at ActivTrades, said in a note.

Although gold is considered a hedge against inflation and geopolitical risks, interest rate hikes would raise the opportunity cost of holding non-yielding bullion.

“The fact that the Ukraine-Russia war is likely to drag on is likely to make it much more difficult for any normal service to be resumed when it comes to palladium and platinum prices,” Hewson said.