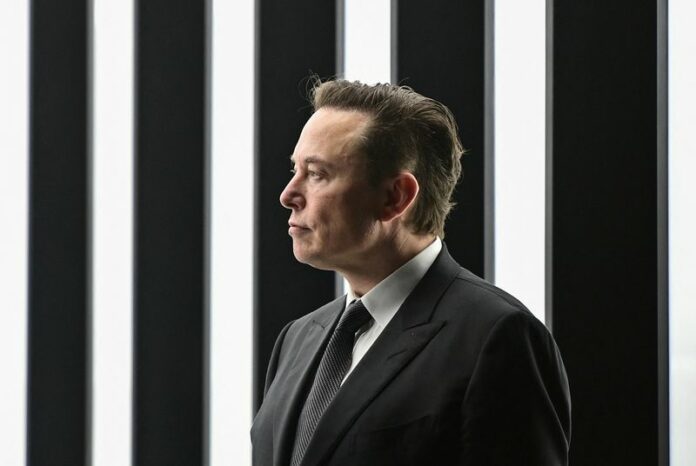 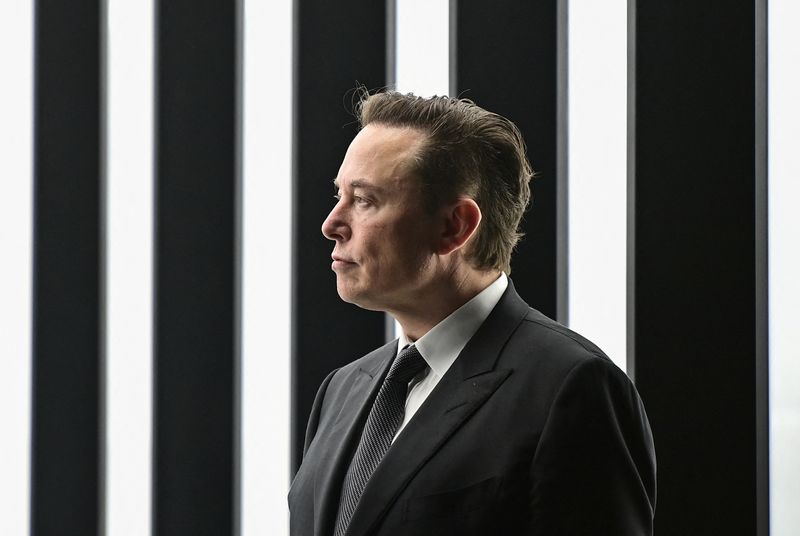 Investing.com — The world’s richest man, Elon Musk, bids to take over Twitter (NYSE:TWTR), one of the world’s biggest social media companies. The dollar’s rally eases and bond yields stabilize well off their highs ahead of weekly jobless claims and retail sales, and monthly consumer sentiment data. The ECB holds its last policy meeting for eight weeks and Russia’s Black Sea Fleet loses its flagship to an explosion as the U.S. sends yet more military aid to Ukraine. Here’s what you need to know in financial markets on Thursday, 14th April.

Tesla (NASDAQ:TSLA) CEO offered to buy Twitter for $54.20 a share in cash, valuing the social media company at $41.4 billion. That’s a 38% premium to the price on the eve of Musk’s disclosure 12 days ago that he had accumulated a “passive” 9.2% stake in the company.

The offer may appease some of the Twitter shareholders who have filed suit against Musk for not disclosing the stake in a timely manner.

In any event, the prospect of the world’s richest man taking over one of the world’s most influential media assets is likely to cause a stir in Washington and among Tesla shareholders, some of whom have criticized Musk’s interest in the company as a distraction.

The dollar’s rally has paused, as market participants reassess the outlook for aggressive Federal Reserve moves in the wake of March’s consumer inflation data, when a slight undershoot in core inflation provided the first measure of relief in months from what has become an increasingly alarming trend in prices.

By 6:30 AM ET (1030 GMT), the dollar index was at 99.65, down 0.4% on the day and nearly a full percentage point below the peak it hit earlier in the week. The move is also due to other central banks showing their inflation-fighting credentials, with Canada and New Zealand hiking their key rates by 50 basis points each on Wednesday and the BoC starting to allow its bond portfolio to roll off.

U.S. bond yields have also eased, with the 2-Year and 10-Year Treasury yields stabilizing around 2.34% and 2.70%, respectively, overnight. That may change later when initial jobless claims for last week are released, or when the Michigan consumer sentiment survey comes out at 10 AM ET.

The ECB is expected to announce no change to its policy at 8:45 AM ET, however, given that the Eurozone economy is the most exposed of all advanced economies to Russia’s war in Ukraine. An illustration of that came earlier as Volkswagen (ETR:VOWG_p) announced its group deliveries fell by 31% on the year in March, and also warned that volatility in commodity markets could negatively affect its hedging operations. JPMorgan (NYSE:JPM) acknowledged losing $120 million on last month’s madness in nickel markets on Wednesday.

The euro was up 0.3% against the dollar by late morning in Frankfurt, but has slid by more than 4% since the start of the war.  That’s despite record-high inflation which has led traders to price in more than 50 basis points of interest rate hikes by the end of the year. The ECB has refused so far to endorse such expectations.

U.S. stock markets are set to open modestly higher later but all eyes will be on the spate of bank earnings releases that are due before the open, after the update from traditional bellwether JPMorgan fell short of expectations.

Goldman Sachs (NYSE:GS), Morgan Stanley (NYSE:MS), Wells Fargo (NYSE:WFC) and Citigroup (NYSE:C) are all due to report early, as are PNC Financial (NYSE:PNC), US Bancorp (NYSE:USB) and State Street (NYSE:STT). UnitedHealth (NYSE:UNH) is the biggest non-financial company due to report.

The three main cash indices had made solid gains on Wednesday as interest rate fears eased a little, with the Dow and S&P gaining over 1% each and the Nasdaq Composite rising over 2%.

Russia’s difficulties in the war with Ukraine increased as the flagship of its Black Sea Fleet was crippled by explosions.

The crew of the cruiser Moskva (Moscow) were forced to abandon ship after a series of detonations of munitions on board the ship, Russia’s Defense Ministry admitted in a statement. It’s not clear whether the explosions were the result of a Ukrainian attack – as claimed by Ukrainian authorities – or poor maintenance and safety procedures.

The U.S. announced earlier it will send an additional $800 million in military aid to Ukraine to help repel a fresh attack on its eastern regions.

Separately, the Russian government announced a 19.5 billion ruble bailout package for the country’s airline sector, one of many support measures likely in the coming weeks and months. Russian media speculate that the total needed may account for up to half the assets of the country’s National Wealth Fund.