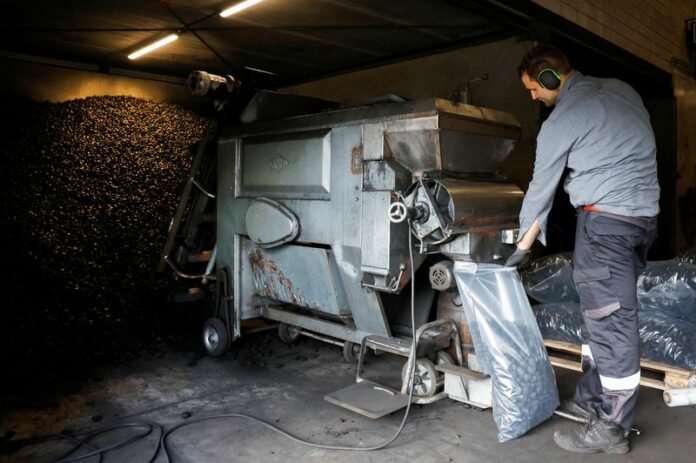 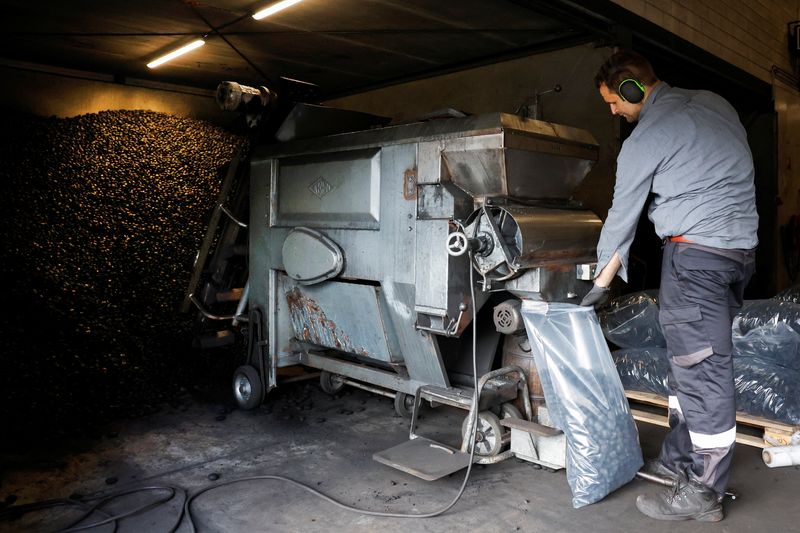 VEENENDAAL, Netherlands (Reuters) – The budget-conscious Dutch, who enjoyed abundant cheap gas for half a century to heat their homes, are turning to more traditional heating methods as cold weather reaches the Netherlands.

Sales of coal, wood and pellets for heating stoves have jumped as consumers seek cheaper energy alternatives to counter sky-rocketing gas bills in the wake of the war in Ukraine.

Customers visiting the warehouse of coal merchant Wim van Beek in the central Dutch town of Veenendaal this week were primarily looking to trim spending on heating, the merchant told Reuters.

They were also worried about the security of commercial energy supplies amid the escalating confrontation between the West and Russian President Vladimir Putin, he said, adding that sales volumes were as high as in the 1980s.

Customers were driven by the belief that “if I have coal in my shed I will be warm this winter. Then if Putin goes nuts or three more gas pipelines get sabotaged, I have my heating sorted”, Van Beek said.

Gazprom-led Nord Stream 1 and 2 pipelines were hit by leaks this week. European leaders and Moscow say they cannot rule out sabotage as a cause of the damage.

The Dutch government has been buying oil and gas and announced an 18 billion euro ($17.55 billion) support package to help households in 2023 cope with rising energy bills, and to stave off a predicted collapse in consumer spending power.

Energy companies in the Netherlands are starting to pass soaring costs on to consumers, sometimes doubling bills, threatening to push up to a million people into poverty. Energy prices are also driving record inflation.

For decades, the Netherlands’ domestic gas supply was met by a massive field in the northern province of Groningen, which heated millions of homes and supplied EU countries. In unfortunate timing, this source is being cut off entirely due to the risk of earthquakes.

“Demand for stoves has more than doubled,” said Suzanne Bakker of Passion for Pellets, which sells a range of different wood-burning furnaces.

Coal and wood burning is up to 90% less efficient than gas, more environmentally damaging and poses a greater health risk than gas-powered central heating systems, studies have shows.

A 2019 report by Dutch scientists for the Flanders Environment Agency (VMM) in neighbouring Belgium found that an open fireplace leads to environmental costs 250 times higher than those for modern gas-fired central heating. Even new wood-burning systems have five to 12 times greater environmental costs than gas-fired units, it found.

However, environmental and health concerns are falling by the wayside as people grapple with soaring energy bills.

“Gas prices are up so much and you have try and save some money somewhere,” said Wim Lobbe, 73, as he loaded three 75-kilogram bags of coal into the trunk of his electric car.

Lobbe said he uses the coal to supplement his wood-burning stove as firewood prices have “exploded” in 18 months from 70 euros per cubic meter to 110 euros now.

“Maybe this way I will have some wood left over for next year,” he said.