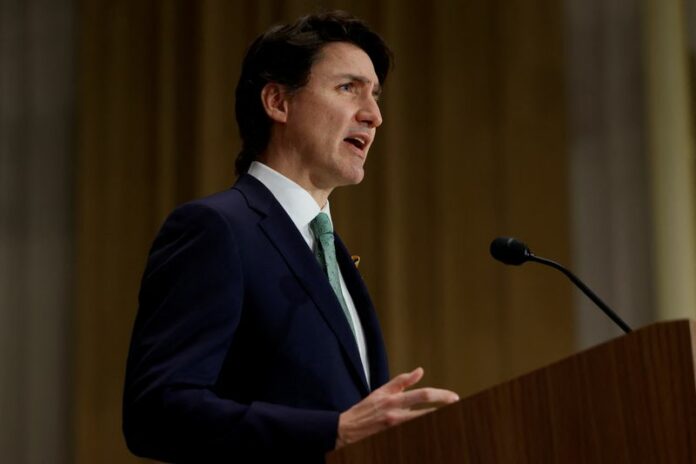 Canada raising money for Ukraine with sale of bonds 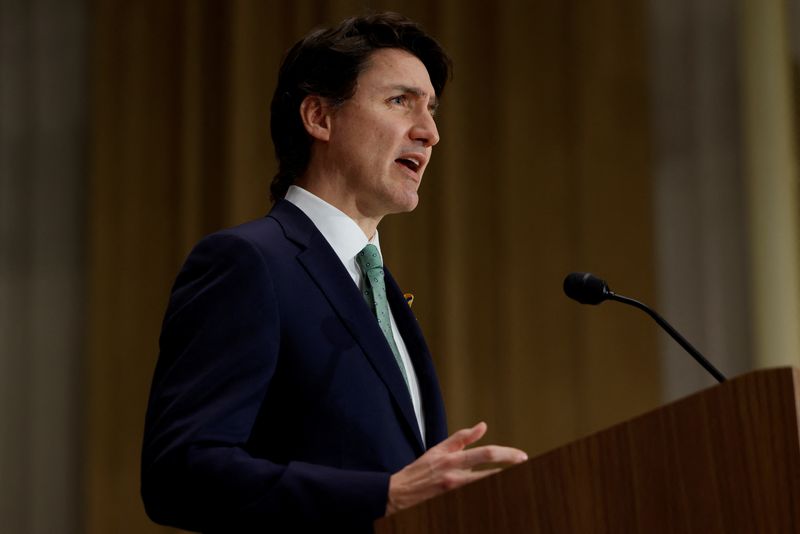 WINNIPEG (Reuters) -Canada will sell a government-backed, 5-year bond to raise money for Ukraine, the first country to do so, and it will impose new sanctions on 35 Russian individuals, including Gazprom (MCX:GAZP) executives, Prime Minister Justin Trudeau said on Friday.

“Canadians will now be able to go to major banks to purchase their sovereignty bonds which will mature after five years with interest,” Trudeau told an annual meeting of the Ukrainian Canadian Congress in Winnipeg.

Canada has one of the world’s biggest Ukrainian diasporas outside of countries that border Ukraine, and the community has lobbied Ottawa to impose increasingly strict sanctions against Russia since it invaded Ukraine in February.

Ukrainian President Volodymyr Zelenskiy thanked Trudeau on Twitter, saying the bond “will allow everyone to contribute to our victory.”

Trudeau did not say when the bonds would go on sale.

Deputy Prime Minister Chrystia Freeland declined to say if Canada would cap the total value of the bonds it was backing.

The proceeds will “help the (Ukrainian) government continue operations, including providing essential services to Ukrainians, like pensions, and purchasing fuel before winter,” a statement said.

The equivalent of the income raised will be channeled “directly to Ukraine” through an International Monetary Fund administered account, the statement said.

“We will continue to tighten the screws on anyone abetting this illegal invasion,” Trudeau said.

In addition, Canada intends to impose new sanctions “on members of the Russian justice and security sectors, including police officers and investigators, prosecutors, judges, and prison officials, involved in gross and systematic human rights violations against Russian opposition leaders,” the statement said.