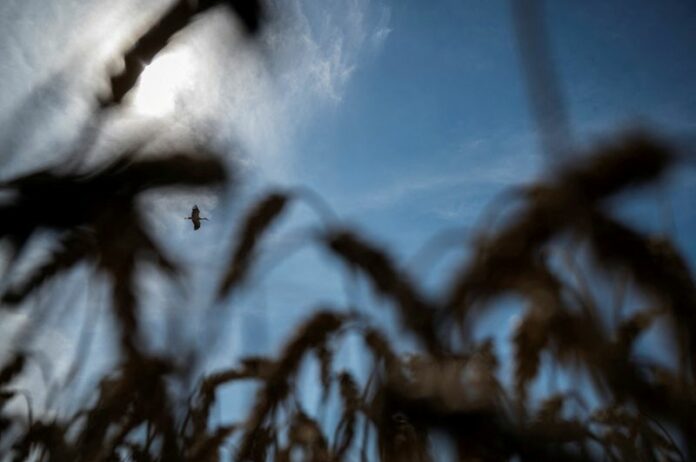 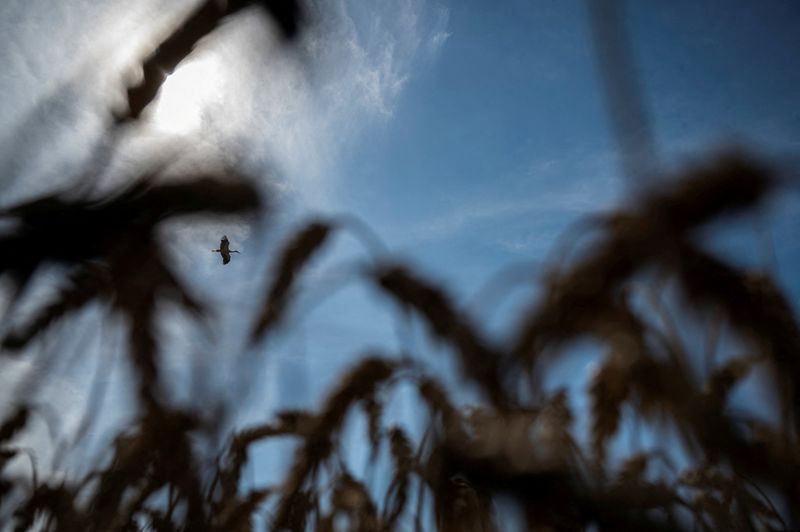 © Reuters. FILE PHOTO: A stork flies over a wheat field near the village of Tomylivka, as Russia’s attack on Ukraine continues, in Kyiv region, Ukraine August 1, 2022. REUTERS/Viacheslav Ratynskyi/File Photo

WASHINGTON (Reuters) – The United Nations, Turkey and Ukraine agreed on Sunday on an Oct. 31 movement plan for 14 vessels that are in Turkish waters, a day after Russia suspended its participation to the Black Sea grain initiative that allowed food exports from Ukrainian ports.

In a statement, the Joint Coordination Centre (JCC) in Istanbul, where Russian, Ukrainian and Turkish and U.N. personnel are working, said the three delegations had also agreed for inspections to be provided on Monday to 40 outbound vessels.

JCC said the Russian delegation was informed of both plans.

(This story has been officially corrected to fix number of vessels in headline and first paragraph after U.N. revised its information)