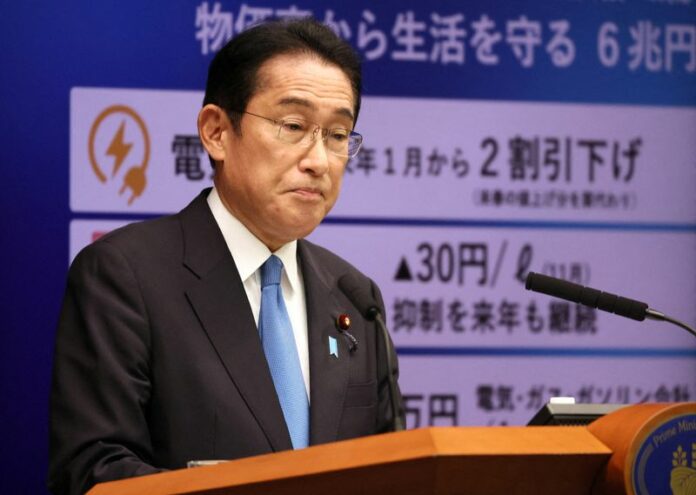 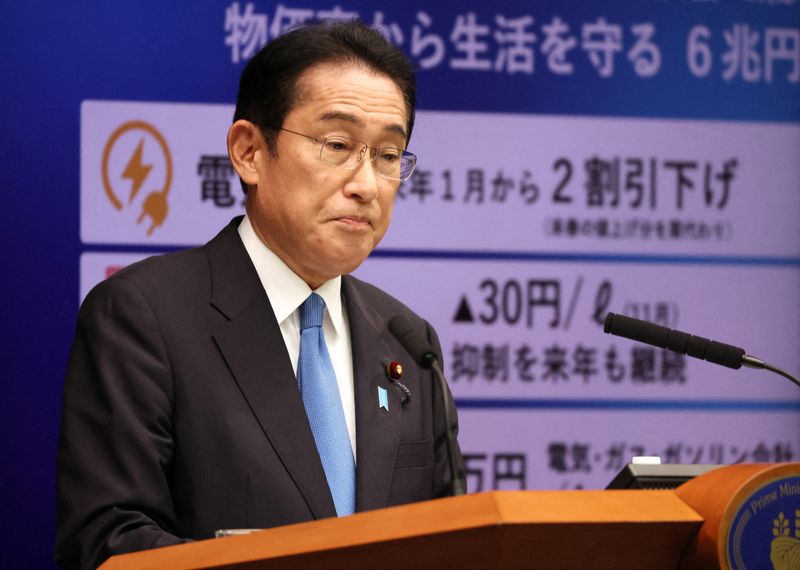 TOKYO (Reuters) – Public approval ratings for the government of Japan’s Prime Minister Fumio Kishida touched a new low in one opinion poll and clung near lows in another, hit by his party’s ties to a controversial church and doubts about a massive spending plan.

Support slid to 42% in a poll conducted by the Nikkei newspaper at the weekend, the lowest since Kishida took office in October 2021. Approval edged up slightly in a Kyodo news agency survey to 37.6% from 35% at the start of October.

The announcement of a $200 billion economic stimulus package has not helped lift Kishida’s approval ratings significantly, nor has last week’s resignation of economic revitalisation minister Daishiro Yamagiwa for his connection to the Unification Church, whose ties to the ruling Liberal Democratic Party (LDP) are being investigated in connection with the July 8 assassination of former premier Shinzo Abe.

The Unification Church, founded in South Korea in the 1950s and famous for its mass weddings, has been fending off criticism for the means by which it collects donations.

The suspect in Abe’s shooting bore a grudge against the church, alleging it bankrupted his mother, and blamed Abe for promoting it, according to his social media posts and news reports.

The LDP has since acknowledged that many lawmakers had individual ties to the church but said there was no organisational link to the party.

Kishida this month announced an investigation into the church, and 78% of respondents to the Nikkei poll said the government should call on the church to disband. Only 14% opposed such action.

In the Kyodo poll, nearly 80% of respondents thought the LDP should expand its investigation into the church. Asked about the stimulus plan, 71.1% said they did not expect much from it.

At its peak, support for Kishida’s government hovered over 60%. A poll earlier this month showed it had slid to 27.4%, a level low enough to make it difficult to carry out policy.