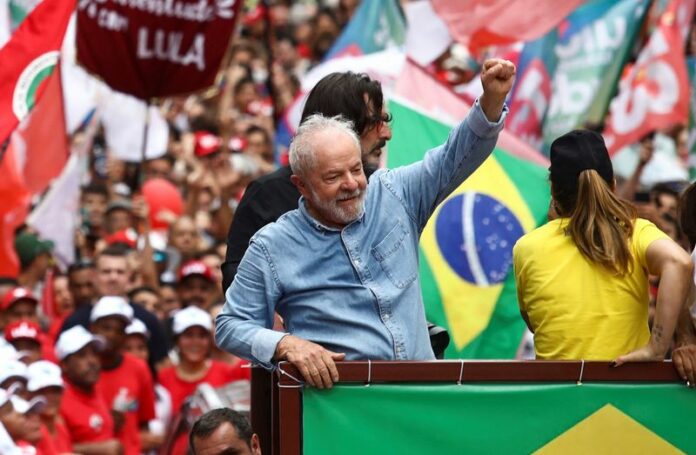 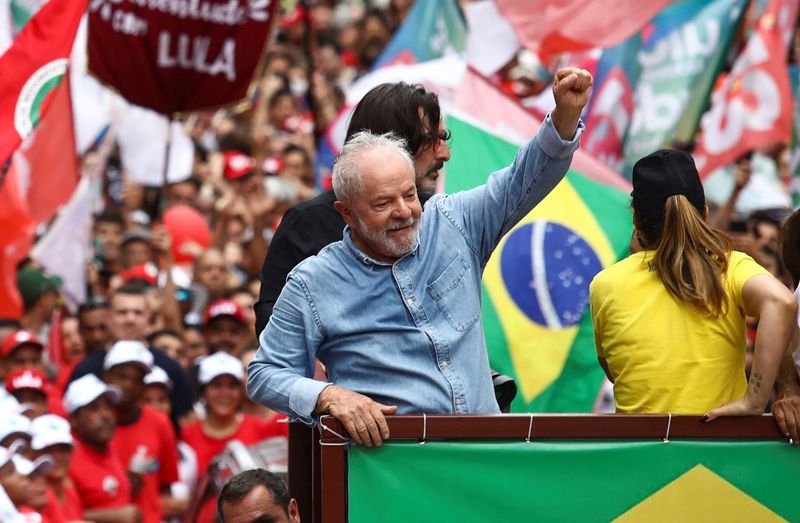 A former metalworker born to illiterate farm hands, Lula has been the most central figure in Brazilian politics for four decades, since leading labor union strikes against a military dictatorship in the 1980s and forming the leftist Workers Party.

Lula called his victory over far-right President Jair Bolsonaro by a tight margin in a runoff on Sunday a “resurrection” after he was jailed in Brazil’s biggest corruption scandal following his two-term 2003-2010 presidency.

“They tried to bury me alive and I’m here to govern this country,” he said in a speech at his campaign headquarters on Sunday night, with his gravelly voice hoarse from months on the campaign trail.

The 77-year-old, whose once-bushy hair and trademark beard have gone white, relied on unmatched political instincts and charisma to overcome intense skepticism of his Workers Party, which oversaw a deep recession and vast corruption scandal that eventually brought Bolsonaro to power.

Lula has vowed to undo Bolsonaro’s legacy, including pro-gun policies and weakened environmental protections in the Amazon (NASDAQ:AMZN) rainforest, which have left Latin America’s largest nation increasingly isolated on the global stage.

The man former U.S. President Barack Obama once called “the most popular politician on Earth” left office 12 years ago with a record 87% approval rating. His policies lifted millions from extreme poverty, expanded access to education and healthcare, and reduced Brazil’s deep social inequalities during years of robust growth driven by a global commodities boom.

His presidency also reinvigorated Brazil’s oil and ship-building industries, while its economy rose to sixth-largest in the world. Brazil’s global prestige hit new levels as it was chosen to host the Olympics and soccer World Cup.

However, Lula’s legacy was tarnished amid revelations of a vast kickback scheme on public contracts, benefiting leaders from major political parties, including his own. That and a deep 2015-2016 recession built momentum for the impeachment of his hand-picked successor, former President Dilma Rousseff.

Lula was also put on trial for receiving real estate and other gifts as bribes from engineering firms snagged in the graft probe. He was convicted in 2017 and sentenced to 9-1/2 years in prison.

The convictions barred him from running for president in 2018, when Bolsonaro rode into office on a wave of conservative reaction and antipathy towards the Workers Party.

The former president was freed after 19 months, and Brazil’s Supreme Court annulled his convictions because of improper jurisdiction, after the judge overseeing his prosecution was found partial. Lula always denied the charges and said his enemies had framed him to remove him from Brazilian politics.

Lula reemerged from prison as a pragmatic politician vowing to fight rising hunger and unemployment by channeling public loans and investment into strategic industries while pledging fiscal responsibility.

Lula promises to attract foreign investment by restoring Brazil’s credibility as a steward of the Amazon rainforest, where Bolsonaro let deforestation soar to a 15-year high.

Lula moderated his left-wing image in the final stage of the campaign, swapping the bright red colors of his Workers Party for white clothing, while making more biblical references as he reached out Brazil’s growing evangelical Christian community.

After losing his first wife to a stroke while he was in prison, Lula remarried last year to sociologist Rosangela da Silva, known as Janja.

A heavy smoker for years, Lula was treated with chemotherapy for throat cancer in 2011, deepening his gruff baritone.