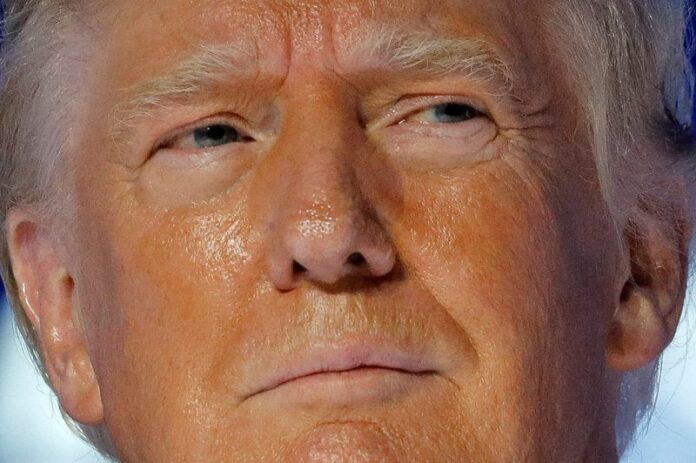 By Karen Freifeld and Luc Cohen

The case is among the mounting legal troubles facing the 76-year-old Trump as he considers another bid for the presidency after losing in 2020.

The Trump Organization between at least 2005 and 2021 paid executives – including its chief financial officer, Allen Weisselberg – in perks such as rent and car leases without reporting those benefits to tax authorities, said Susan Hoffinger, a prosecutor with the Manhattan district attorney’s office.

“This case is about greed and cheating, cheating on taxes,” Hoffinger said. “The scheme was conducted, directed and authorized at the highest levels of the accounting department at the company.”

Hoffinger said the company benefited from the scheme by “keeping their trusted chief financial officer happy” and avoiding some taxes.

“Everybody wins here,” Hoffinger said. “Of course, everybody but the tax authorities. The problem with doing it this way is that it’s not legal.”

Opening statements by lawyers for the two Trump Organization units charged in the case – known as the Trump Corporation and the Trump Payroll Corporation – are expected later on Monday.

If convicted, the company – which operates hotels, golf courses and other real estate around the world – could face up to $1.6 million in fines. It could also further complicate the real estate firm’s ability to do business.

Trump, who is considering another White House run in 2024, has not been charged in the case. The Trump Organization has pleaded not guilty.

A panel of 12 jurors and six alternates were chosen last week for the trial, in New York state court in Manhattan. One alternate juror was discharged on Monday, leaving five.

The trial is expected to last over a month. A unanimous verdict is required for conviction on each count of tax fraud, scheming to defraud, and falsifying business records.

Allen Weisselberg, the Trump Organization’s longtime chief financial officer, agreed to testify as a prosecution witness at trial as part of a plea agreement for him to receive a sentence of five months in jail.

Weisselberg, who was charged along with the company last year, admitted in August to scheming with the Trump Organization and others not to report or to misreport substantial amounts of his and other employees’ income.

Weisselberg avoided taxes on $1.76 million in personal income himself through luxury perks, such as rent for a Manhattan apartment.

A prosecutor told potential jurors last week Weisselberg worked for the defendants and may be “reluctant” to answer questions.

Weisselberg stepped down as CFO when he was indicted but remained on the payroll as a senior advisor. After his guilty plea, he went on paid leave, a source has told Reuters.

The day he pleaded guilty, the Trump Organization called Weisselberg a “fine and honorable man” who had been harassed by law enforcement in a “politically motivated quest” to get Trump.

But in a pretrial hearing this month, a Trump Organization lawyer accused Weisselberg of lying, an indication of the bind the company finds itself in.

Justice Juan Merchan, the judge overseeing the case, has rejected the argument that the Trump Organization was targeted for selective prosecution.

Two top prosecutors on the case resigned in February, with one saying felony charges against Trump, a Republican, were warranted but that Manhattan District Attorney Alvin Bragg indicated doubts. Bragg, a Democrat, has said the investigation is ongoing.

The case is separate from a $250 million civil lawsuit filed by New York’s attorney general against Trump, three of his adult children and his company in September, accusing them of lying to banks and insurers by overvaluing his real estate assets and Trump’s net worth.

While that case is pending, the attorney general is seeking to appoint a monitor to oversee the company’s financial practices, a move the company is challenging.

Trump also faces a federal criminal investigation into the removal of government documents from the White House when he left office last year.

Philippines on track to lose growth momentum in 2023 – World Bank