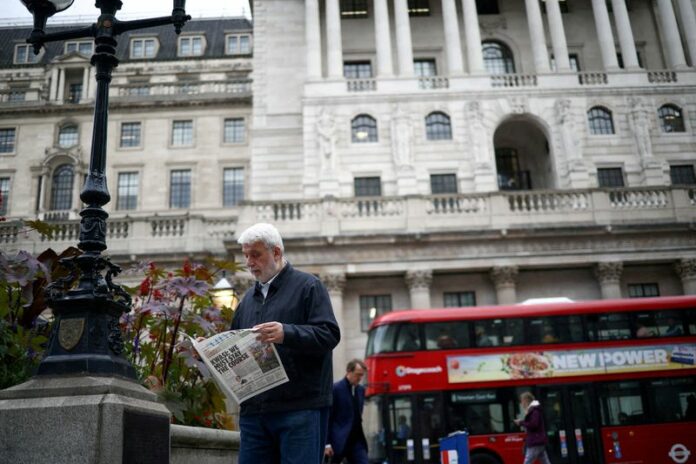 UK expected to raise state pensions, benefits in line with inflation – The Times 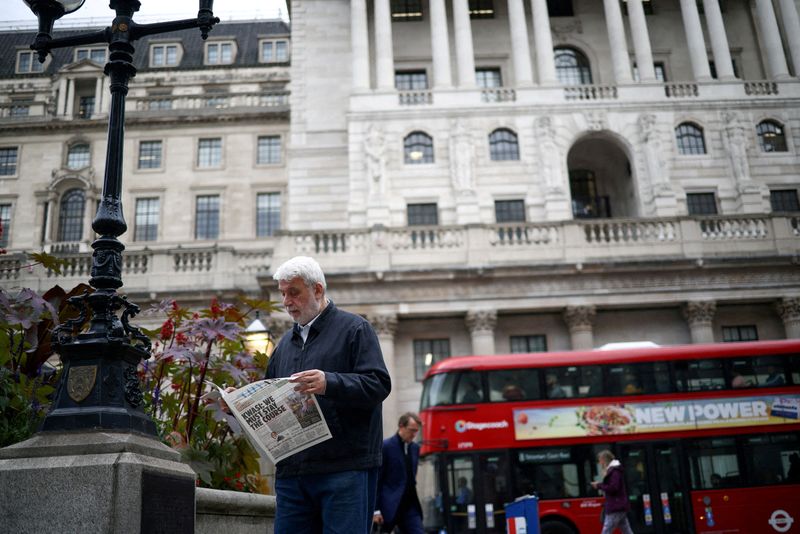 © Reuters. FILE PHOTO: A person reads a newspaper outside the Bank of England in the City of London financial district in London, Britain, October 3, 2022. REUTERS/Henry Nicholls//File Photo

LONDON (Reuters) -Britain is expected to increase state pension and welfare payments in line with inflation in next week’s budget, the Times newspaper reported.

British Prime Minister Rishi Sunak is expected to announce the increases to ensure that the Nov. 17 budget is seen as fair and compassionate, the report said.

The government will set out its fiscal plans in an effort to rebuild investor confidence after a “mini-budget” earlier this year caused borrowing costs to surge.

The question of whether state pensions and benefits will rise in line with inflation, as opposed to the lower rate of average earnings, has been one of the most contentious issues, as households grapple with a cost of living crisis.

Work and pensions minister Mel Stride declined to confirm details of the Times report during media interviews on Tuesday, but said the government was prioritising support to vulnerable groups including pensioners.

“Pensioners are absolutely at the forefront of the group that we want to really protect as much as we can through these difficult times,” Stride told Times Radio.

Soaring food prices pushed inflation in Britain back to a 40-year-high of 10.1% in September.

The Times report said that the government’s assumptions sent to the official forecaster over the weekend included the pledges to raise pensions and benefits in line with inflation, which would cost a combined 11 billion pounds in 2023-24.