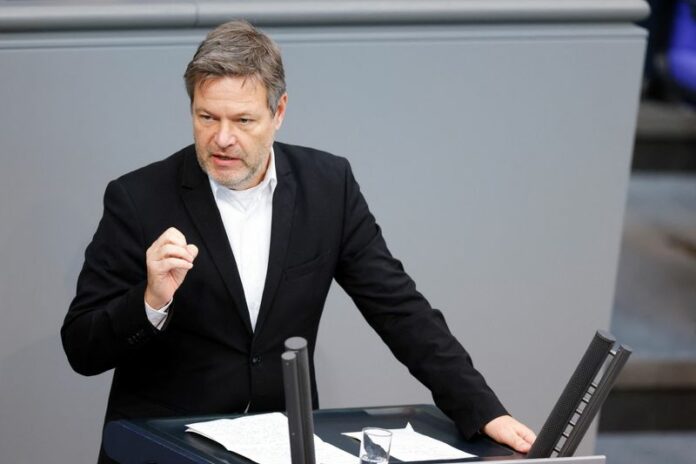 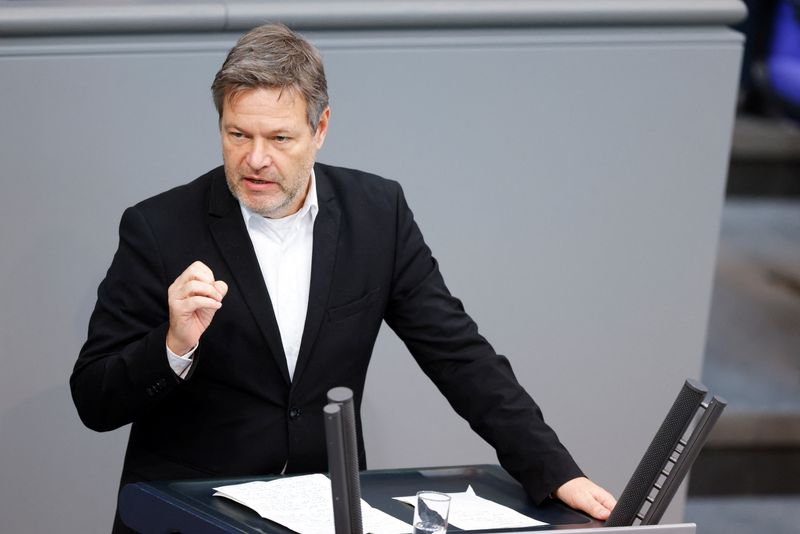 © Reuters. German Economy Minister Robert Habeck speaks during the budget debate in the plenary hall of the German lower house of parliament, or the Bundestag, in Berlin, Germany November 25, 2022. REUTERS/Michele Tantussi

BERLIN (Reuters) – The world’s largest economic powers are going to compete over who will be able to create a lead market for a climate-neutral and green industry, said German Economy Minster Robert Habeck, calling for Europe step up competition with the United States.

The amount of money Germany is mobilizing towards creating a green economy is competitive with the U.S., said Habeck to the Bundestag lower house of parliament on Friday, but the task is to become quicker and more decisive in applying the funds.