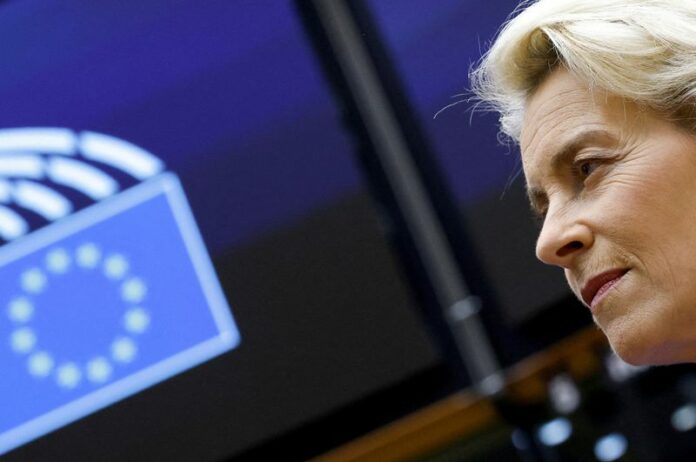 BRUSSELS (Reuters) -The EU will adapt its state aid rules to prevent an exodus of investment triggered by a new U.S. green energy subsidy package, the bloc’s chief executive said on Sunday.

“Competition is good … but this competition must respect a level playing field,” European Commission President Ursula von der Leyen said in a speech in the Belgian city of Bruges.

“The (U.S.) Inflation Reduction Act should make us reflect on how we can improve our state aid frameworks and adapt them to a new global environment,” she added.

The 27-country bloc fears that the U.S. $430 billion Inflation Reduction Act with its generous tax breaks may lure away EU businesses and disadvantage European companies, from car manufacturers to makers of green technology.

The topic is one of several on the agenda of the EU-U.S. Trade and Technology Council meeting on Dec. 5.