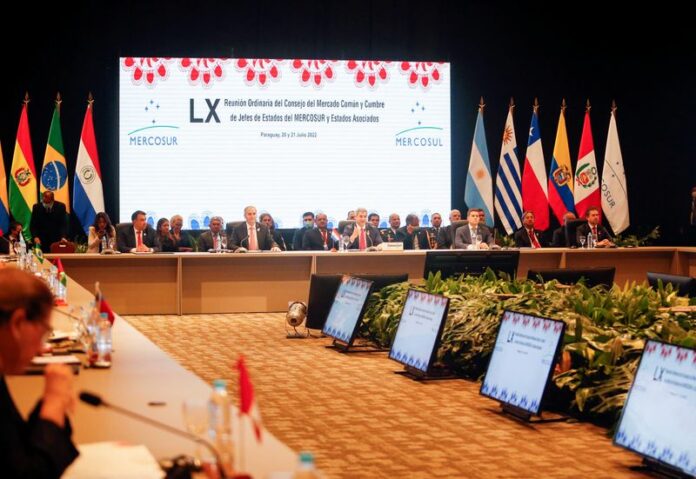 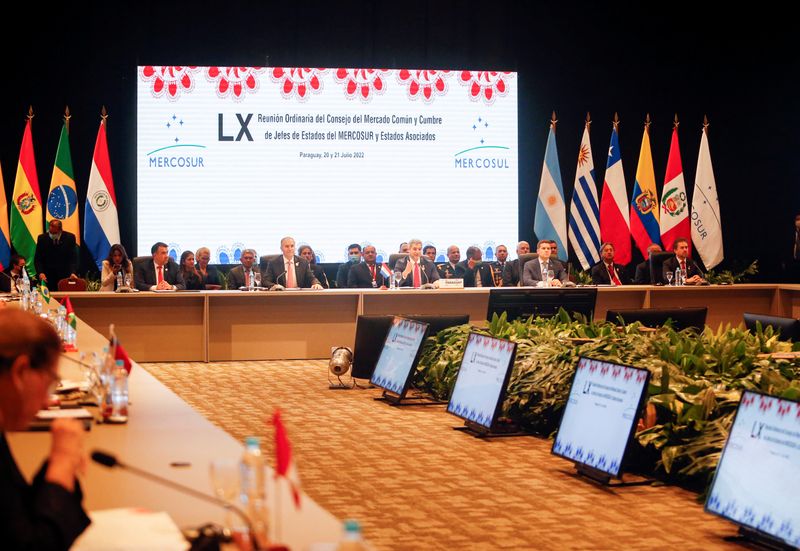 MONTEVIDEO (Reuters) – South America’s major Mercosur trade bloc, which includes regional powerhouses Brazil and Argentina, has been rattled by one of its smaller members, Uruguay, seeking to strike its own free-trade deals, leaders said at a summit on Tuesday.

At the meeting in the Uruguayan capital Montevideo, the leaders sought to pressure their host over plans for go-it-alone trade deals with China and the Trans-Pacific Partnership (TPP).

“The solution is not for each one of us just to do our own thing,” said Argentine President Alberto Fernandez, chiding Uruguay.

One of the smallest economies in South America, Uruguay has been trying for years to conclude unilateral trade agreements that it considers more beneficial than Mercosur.

“Uruguay needs to and has the ambition to open up to the world. Of course, if we go in a group it is much better,” said Uruguayan President Luis Lacalle Pou. “We are going to have more negotiating power.”

In July, Uruguay entered into formal negotiations on a free-trade agreement with China, a decision criticized by Mercosur members, and recently advanced in negotiations to join the TPP.

In late November, Brazil, Paraguay and Argentina formally warned Uruguay that they could take “measures” against if it forged ahead with its plans.

Paraguayan President Mario Abdo Benítez said Mercosur integration was “fundamental and strategic” but indicated flexibility on a demand Uruguay not move forward on trade deals without informing the others.

“What I heard from Lacalle satisfies me. That they can advance in a dialogue but before completing any type of process, they will share it with the bloc. That is an acceptable path,” Abdo said.

The Montevideo meeting, in which Uruguay transferred the pro-tempore presidency to Argentina, ended without a joint declaration on agreements reached over the two-day talks.