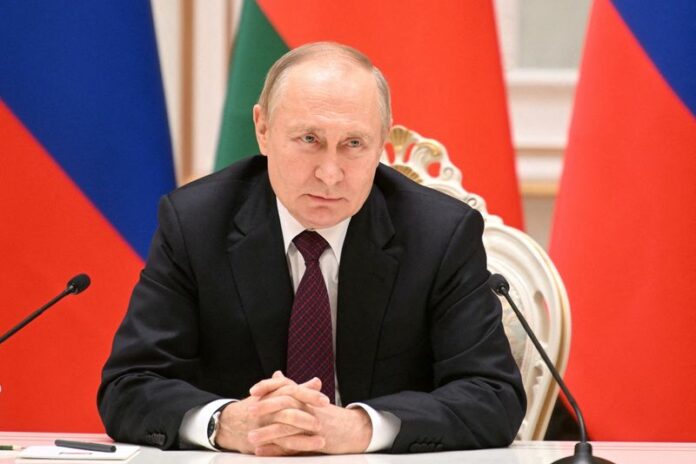 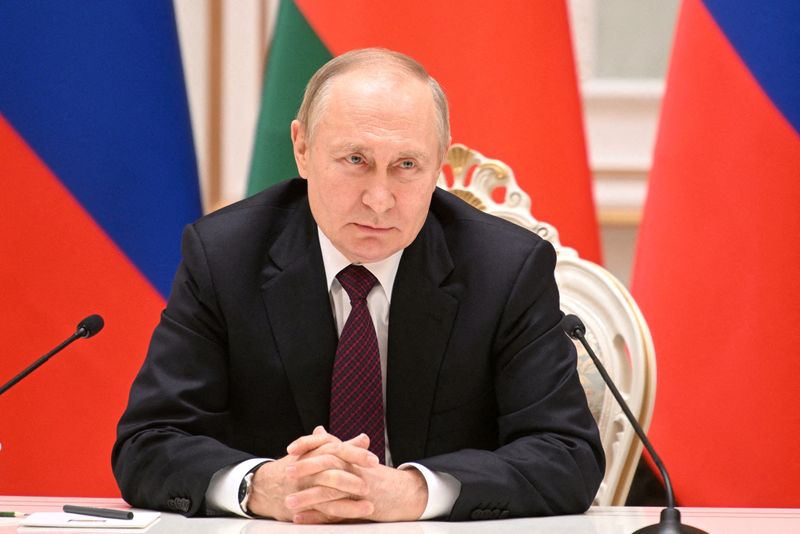 (Reuters) – Russian President Vladimir Putin said on Saturday his country would never give in to the West’s attempts to use Ukraine as a tool to destroy Russia.

In a New Year’s video message broadcast on Russian state TV, Putin said Russia was fighting in Ukraine to protect its “motherland” and to secure “true independence” for its people.

In a nine-minute message – the longest New Year’s address of his two-decade rule – Putin accused the West of lying to Russia and of provoking Moscow to launch what it calls a “special military operation” in Ukraine.

“For years, Western elites hypocritically assured us of their peaceful intentions,” he said in a speech filmed in front of Russian service personnel at the headquarters of Russia’s southern military district.

“In fact, in every possible way they were encouraging neo-Nazis who conducted open terrorism against civilians in the Donbas,” Putin said in an uncharacteristically combative New Year’s speech, usually dedicated to well wishes for the year ahead.

Earlier on Saturday, Russian Defence Minister Sergei Shoigu had vowed victory in Ukraine was “inevitable” as he praised the heroism of Russian soldiers fighting on the frontlines and those who had died during the 10-month war.

“The West lied about peace,” Putin said. “It was preparing for aggression … and now they are cynically using Ukraine and its people to weaken and split Russia.

“We have never allowed this, and will never allow anybody to do this to us,” Russian state-run news agencies quoted Putin as saying in the clip, which was broadcast at midnight in Russia’s far east.

Kyiv and the West reject Moscow’s claims over the start of the conflict and say Putin launched a baseless war of aggression in a bid to seize territory and topple Ukrainian President Volodymyr Zelenskiy.