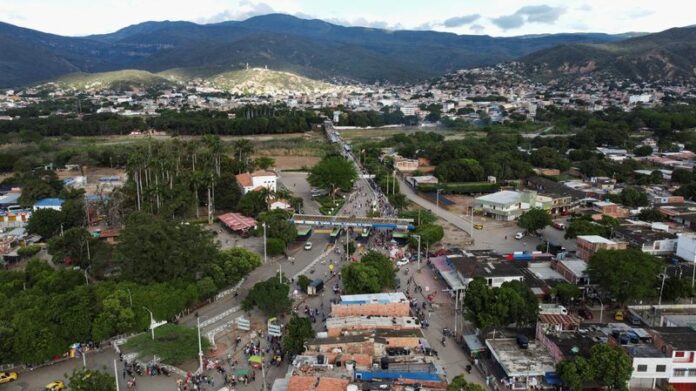 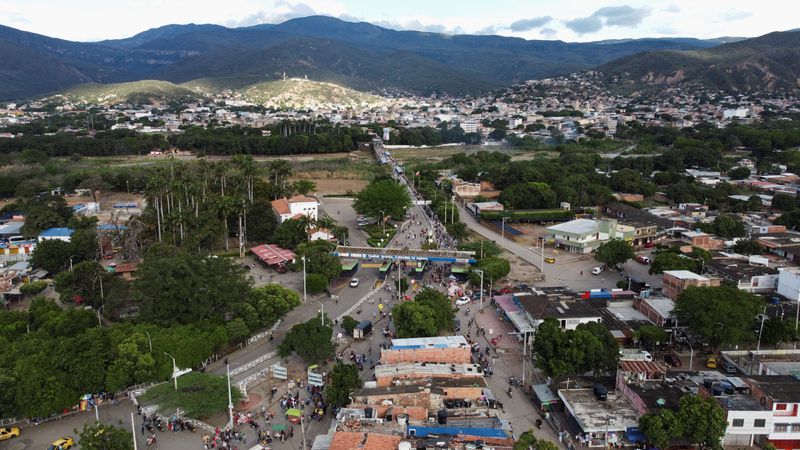 © Reuters. Venezuelans walk over the Simon Bolivar International Bridge, the border between Colombia and Venezuela only open for pedestrians, before the official reopening of the border that has been shut for the past seven years, in Cucuta, Colombia September 24, 2

CARACAS (Reuters) – Venezuela and Colombia will fully reopen their shared border on January 1 to allow passage of cargo and passenger transport via the cross-border Tienditas bridge, Colombia Migration said in a statement on Saturday.

Colombian authorities have said since September that the reopening of the shared 2,200 kilometers (1,367 miles) border between the two countries would be progressive.

Last week, Venezuelan government officials were supervising the infrastructure of the Tienditas bridge.

“We completely reopen the border between our countries in order to guarantee the movement of cargo and passengers, and to promote trade and tourism in Colombia and Venezuela, not only by land but also by air and river”, said Colombia’s Minister of Transport Guillermo Reyes Gonzalez.

Elsewhere, people and cargo can already cross the border via two bridges in Tachira as well as the western Zulia state. Flights between the capitals Caracas and Bogota resumed in November.

The commercial exchange between the two countries is worth around $580 million, according to official data from Colombia.