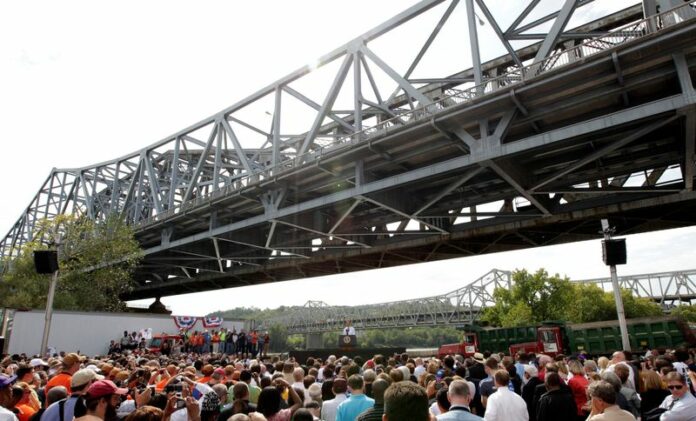 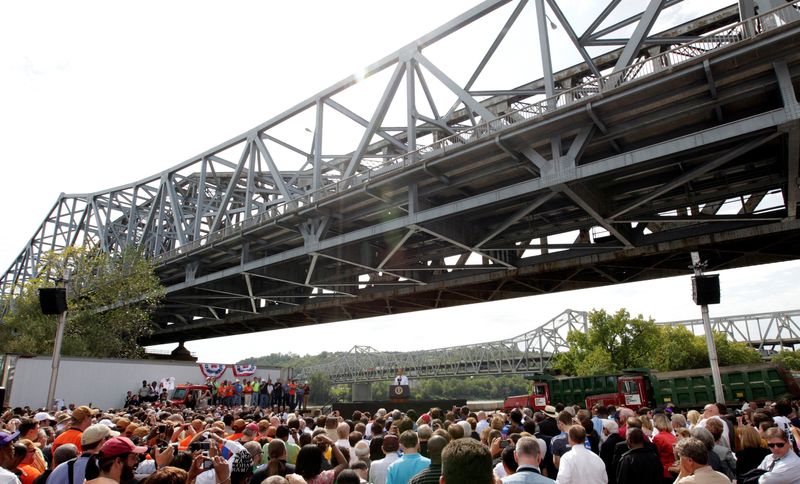 The pair, along with Republican Ohio Governor Mike DeWine and Democratic Kentucky Governor Andy Beshear, are to appear at a ceremony highlighting the $1.64 billion in funding awarded to for the Brent Spence Bridge Corridor Project connecting the two states across the Ohio River.

Funding for the crossing includes a new bridge and rehabilitation of the heavily congested 60-year-old one.

The new bridge is intended to rehabilitate a heavily congested 60-year-old span and add a second crossing.

McConnell, of Kentucky, was among the Republicans who voted for the infrastructure law, which was passed in November 2021, while many House Republicans including Representative Kevin McCarthy it.

McConnell said last week in a statement that “building a new companion bridge on the Brent Spence Bridge corridor will be one of the bill’s crowning accomplishments.”

The event is set to take place the day after McCarthy’s Republicans take the majority in the House, breaking Democrats’ control of Congress and ushering in a period of divided government.

Kentucky and Ohio had sought funding for the project for years.

“This project will not only ease the traffic nightmare that drivers have suffered through for years, but it will also help ensure that the movement of the supply chain doesn’t stall on this nationally significant corridor,” DeWine said.

Then President Barack Obama visited the crossing in 2011 and urged Congress to pass a jobs bill costing billions of dollars that he said could include rebuilding the bridge, which by then had already been declared functionally obsolete.

During his 2016 run for the White House, Donald Trump backed funding for the project, but he failed during his four years in office to secure money for it or to pass the big infrastructure bill he repeatedly promised.

Other administration officials including Vice President Kamala Harris will also tout infrastructure awards in other events this week.